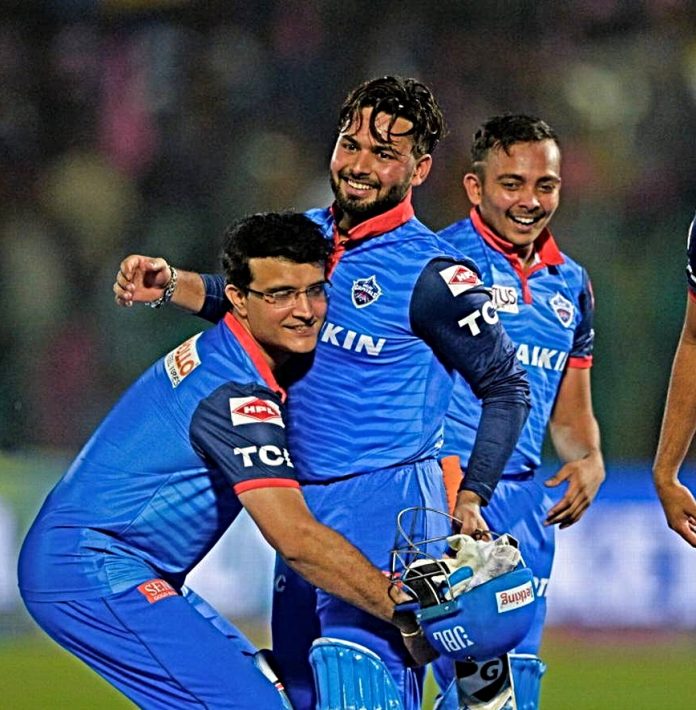 Rishabh Pant has been under a lot of scrutiny since he was found COVID positive. Being affected by Virus around 10 days ago, Pant is under isolation at a relatives place. This happened to the wicket keeper despite being fully vaccinated. Moreover few other players and team members who were in close contact with him were also forced to isolate. Wriddhiman Saha and Abhimanyu Easwaran are the other team members who are under isolation. Consequently they won’t be joining the team’s bio bubble.

Since the news about Pant has broke open, the explosive keeper batsman has been subjected to a harsh criticism from a lot of passionate Indian fans. His visual of watching a football game in Euro Cup at Wembley stadium in London has been doing the rounds. It was quite a crowded atmosphere in the stadium as one would expect in an sporting event.

Moreover the southpaw wasn’t wearing any mask. Hence fans have accused Pant of being careless when he should have been extra careful. Moreover it is revealed that Jay Shah, the secretary of BCCI had written a letter to all the members of team India. The letter was sent to them through e-mail.

In this, Jay Shah had advised all the players to avoid going to the crowded places. Furthermore he categorically stated that Indian team members should resist going into tournaments like Wimbledon and Euro Cup. Hence this also has upset a lot of Indian fans who believe that Pant disregarded the suggestions of BCCI.

However it would be unfair to blame Pant for the cases in Indian camp. Unlike in India where COVID restrictions are still in place, UK is a bit different. From the coming Monday, none of the anti-COVID precautions like usage of mask and social distancing will be necessary in the nation. Hence Pant can be forgiven for taking things lightly.

Also, he has received support from president of BCCI, Sourav Ganguly. The former Indian captain said about Pant :

“We have seen Euro Championship and Wimbledon in England. Rules have changed (with the crowd being allowed inside venues). They were on leave and it’s physically impossible to wear mask all the time”.