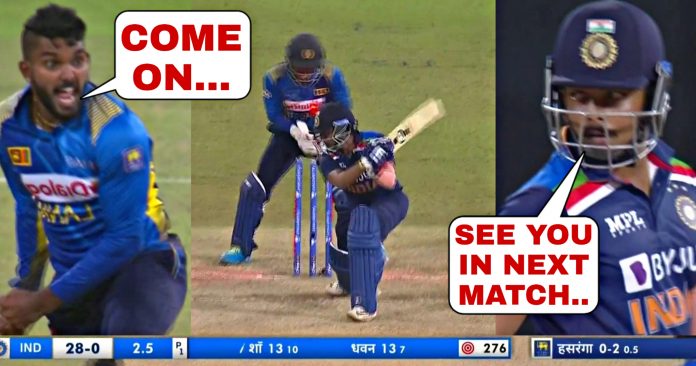 Prithvi Shaw once again started on a high. Just like in the first ODI where he carted the Lankans, he initiated with a bang. The first over saw three boundaries in Tendulkar style to whom he is often compared with. 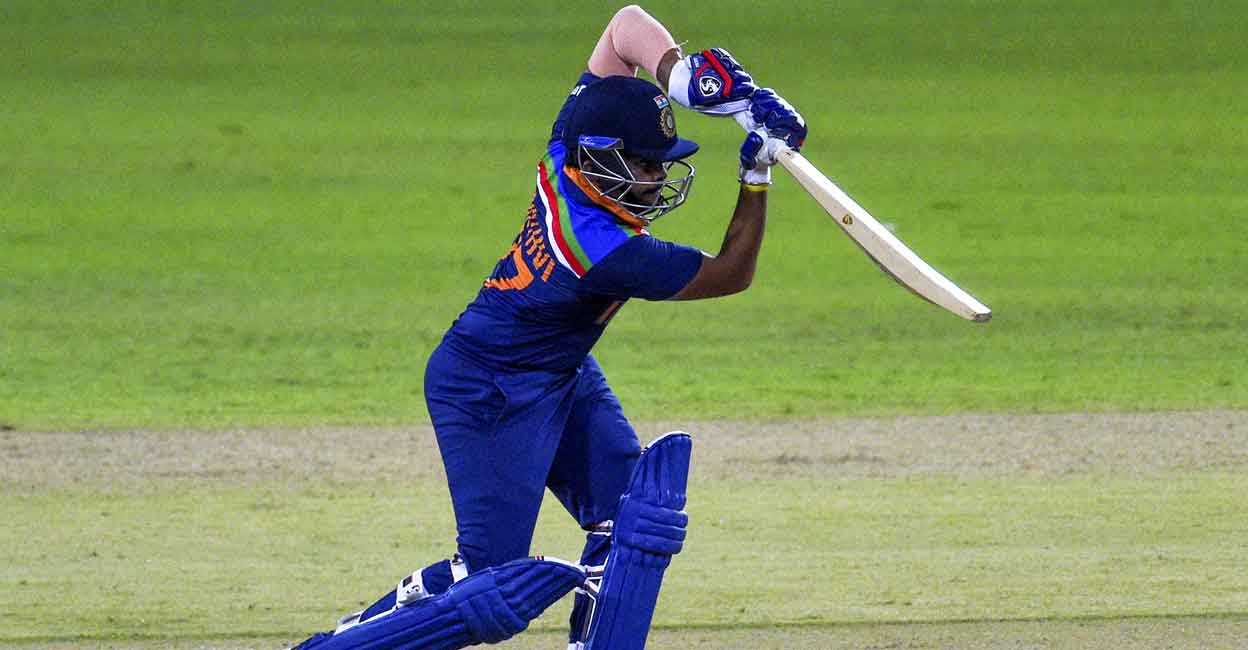 He showed his intentions on the fourth ball of the Indian innings. A length ball was cracked for a lovely drive resulting in a four. Another half volley outside off was creamed through mid off for second successive boundary on the very next ball.

The bowler bowled a paltry delivery on the pads on the next ball. Hence Shaw needed no second invitation. He whacked it through square leg for third boundary of the innings. However he got too aggressive in the next over. It was Wanidu Hasaranga who was bowling the third over.

On the fifth ball of the over, Hasaranga bowled a leg break. Hence Shaw opened his bat face and tried to whack it through off side. However he was beaten and the ball raced through his defense to mess the stumps. Thus he was dismissed for an 11 ball 13 runs.

As soon as Shaw was dismissed, Hasaranga became animated and shouted angrily and aggressively at the batsman who was departing. It was quite amusing to see the bowler reacting that way.

Earlier Avushka Fernando made 50 runs in 71 balls with 4 fours and a six. He was then gone when he tried to bash Bhuvi Kumar over midwicket but was well taken by the fielder at mid on. At the end of 50 overs, Sri Lanka made 275-9.

In reply Shaw was gone early followed by Ishan Kishan. He too was bowled by the fast bowler. Kasun Rajitha had the better off him when he tried to take him on but inside edged onto his stumps.

Watch Pollard gets angry Warns Dhawan of Mankading Just Like Ashwin Did With Joss...