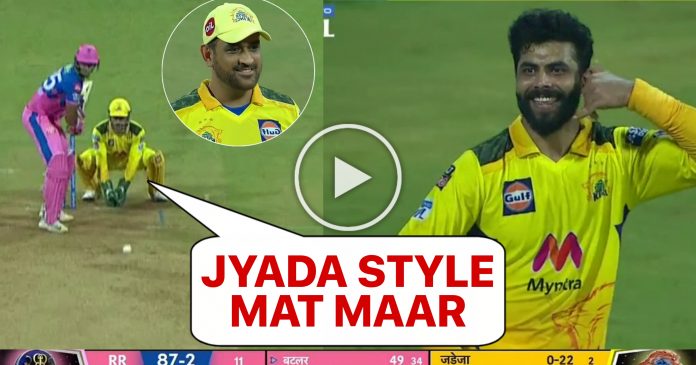 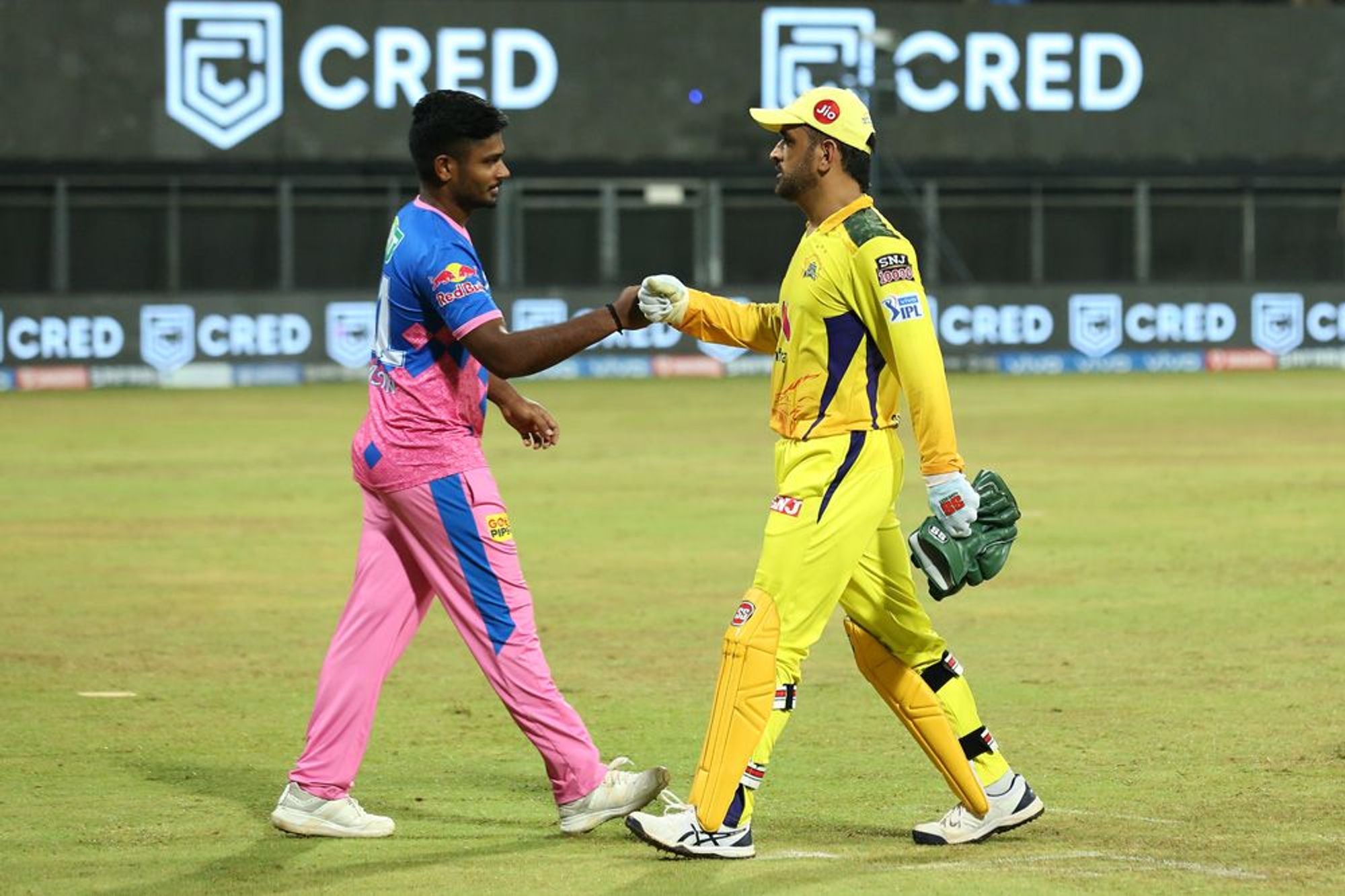 They could only manage 143-9 in the 20 overs. Except Jos Buttler all the batsmen of Rajasthan Royals struggled against the bowling of Chennai. Moeen Ali contributed with both bat and ball as he took three wickets while giving 7 runs and scored 26 runs with the bat.

However, one incident happened in the match. It involved MS Dhoni and Ravindra Jadeja which became viral on social media because it was too funny. It was the 10th over of the innings. Jadeja had to bowl the over. But instead of quickly coming and trying to bowl the over, he was talking to someone. Dhoni saw this and shouted at him “Chal Chal Jyada style mat Maar bowling kar le”.

Dhoni wanted to say that come and bowl quickly. Don’t make a style statement. The reason of this Dhoni statement was that Dhoni is in danger of missing out on a game of IPL due to a potential ban which hangs around him.

He has been charged for slow over rate twice. First he was fined rupees 12 lacs for slow over rate but even in the second game the run over of his team did not improve. So now, if Dhoni fails to finish his team quota of 20 overs in appropriate time, Indian Premier League management would ban him for one T20.

Dhoni speaks from behind the stumps

Dhoni’s talkative nature behind the stumps is not new. He has been doing it since his playing days in international cricket when he was the captain of Indian team. His insights about the batsman mind to his bowlers was nothing less than prophetic.

His tryst with DRS was another successful story. Most of his DRS calls were found out to be correct. Fans loved this version of Dhoni when he used to communicate everything to his spinners from behind the stumps. This clip was no different.

This is the reason that why this clip of Dhoni  scolding Jadeja became quite viral on social media and fans poured in their reaction.