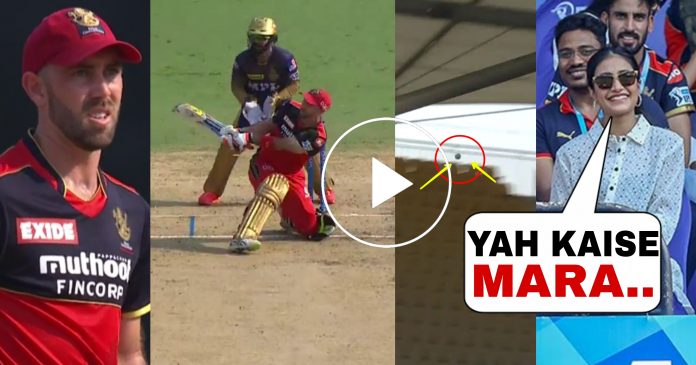 They are playing only 3 overseas players. Kohli won the toss and decided to bat first. However the batsmen disappointed as Bangalore lost their first 2 wickets for just 9 runs. By the second over Varun Chakravarthy struck in his first over and took out both Virat Kohli and Rajat Patidar. After that the second opener Devdutt Padikkal and number four Glenn Maxwell added a brilliant 86 runs for the third wicket.

After that Padikkal fell at the score of 25 from 28 deliveries. This innings was not in fact the most fluent but he at least stood with Glenn Maxwell and helped him form a good partnership. Maxwell, popularly known as ‘big show’ in the Australian Cricket circles showed that he can hit it big when the team requires.

The Australian made 78 in just 49 deliveries. It had 9 fours and three 6’s. After the inconsistent performances for Kings XI Punjab it was so refreshing for the fans of Maxwell to see him return back to form. 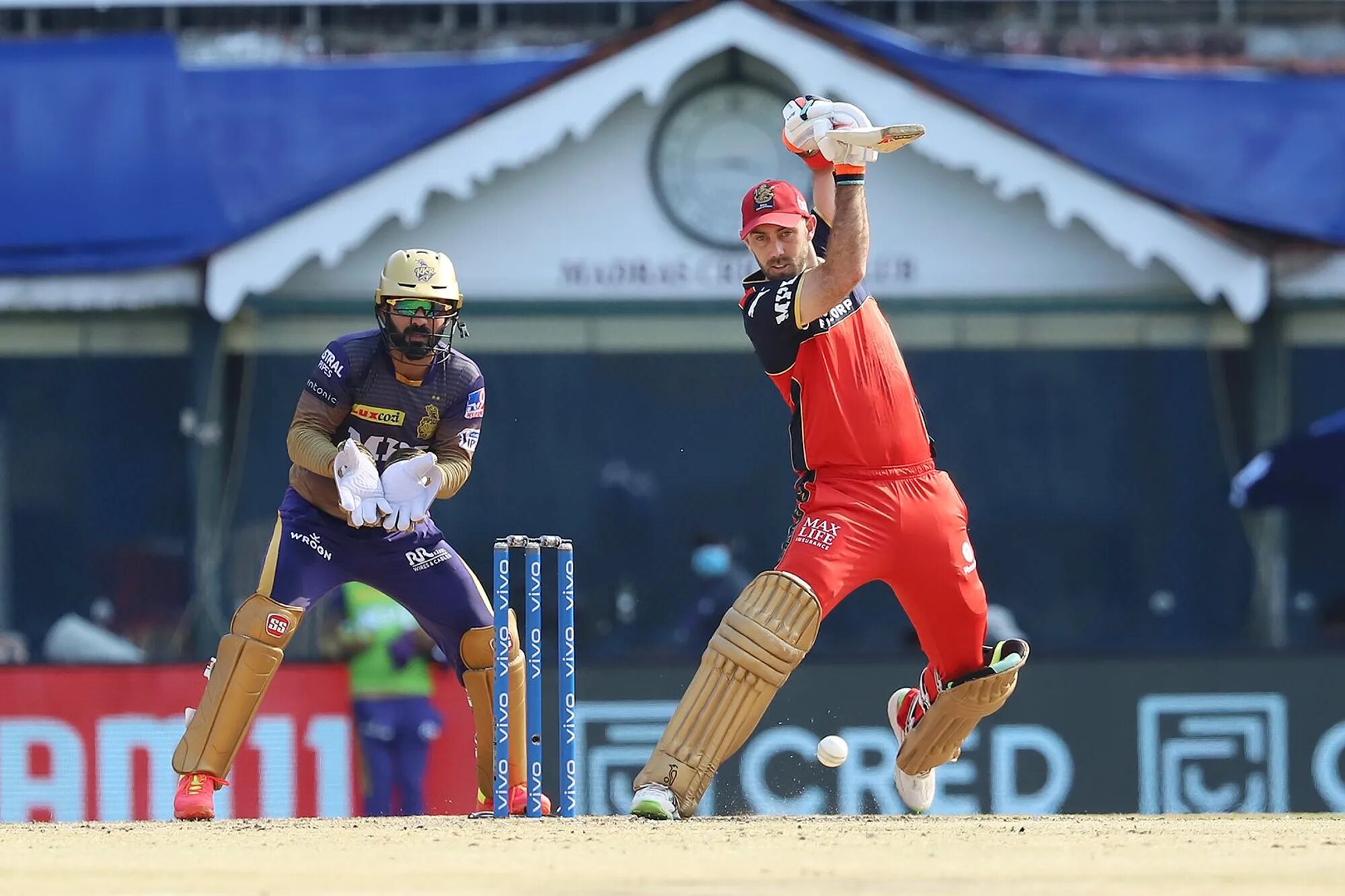 Everyone knows that when Maxwell starts striking, the bowlers take refuge and have no place to hide. Some of the shots by him are truly outrageous. Be it the spinners or be it the pacers, Maxi can hit them into submission. One shot in this innings particularly stood out against the mystery spinner Varun Chakravarthy.

It was the last ball of the 15th over and Chakravarthy was bowling. He bowled a nice juicy delivery on the middle stump. Glenn Maxwell however was ready for it. He had already made his mind to go into leg side. As soon as the bowler delivered, Maxwell quickly sat down on his knee. He flipped his batting stance and swatted the bowler over the extra cover for a 6.

It was a right hand batsman’s cover and over mid wicket for a left hand batsman. It was a stunning hit against the mystery spinner who struck twice in the first over.