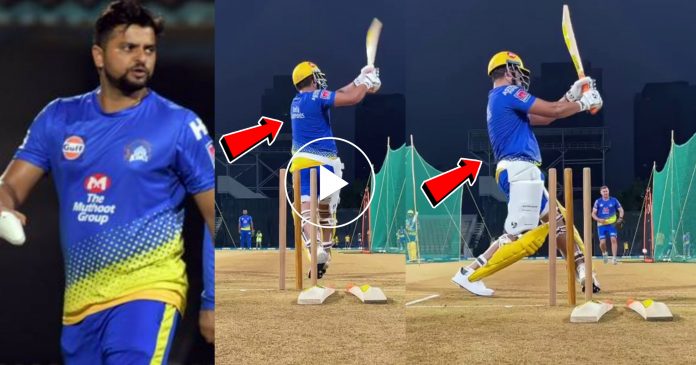 Chennai Super Kings last year’s performance was, not up the mark. The high standards they set over the years, were not met at all. Barely, did they avoid reaching the bottom most position. Victories in the last couple of games, pushed them to number 7 after, repeated mediocre performance during most of the season.

It was a disappointing tournament for Chennai, as they failed to reach the play offs, for the first time in the history of IPL. One of the main reason, for the poor returns was off color senior players, both local and overseas. Shane Watson, Faf Du Plessis were both suffering from unwanted loss of form. Other star foreign player Dwayne Bravo, was out injured after playing few games.

No only this, MS Dhoni, the linchpin of CSK’s batting had, drastic run with the bat. The legendary finisher just could not time, the ball as he used to do in his heydays. The result was an indifferent, Chennai’s performance.

However, there was one more major factor for CSK, sorry state of affairs. It was the absence of their main batsman and consistent performer, since the inception of IPL, Suresh Raina at number 3. The south paw had been a major source, of runs for the CSK team since 2008.

His calm headed composure, in the wake of an early wicket, while assaults on opposition if the team required big runs, were a massive boost for Chennai. Such was his amazing consistency, that he scored over 400 runs in most, of the seasons for CSK, at a strike rate of over 135.

Last year though, it was a different ball, game for all. Due to the Covid-19 restrictions, Raina had pulled out, of the tournament in a rather controversial way, at the last moment. No Raina at number three, meant CSK had to look for other options, at that position. Till the end of that season, Chennai struggled to find a proper replacement.

But now, with Covid-19 becoming a new normal, Raina has begun his preparations. He like all good players, wants to make amends for the loss of last year. His crucial run scoring ability will decide the fate, of Chennai in this season of IPL again. If Raina fires like he did, chances are Chennai will be back, to usual dominating self.

Recently, Raina has uploaded a video on social media. In that, he can be seen meticulously, preparing for the upcoming competition. Raina is lifting weights in the gym and he is going through the fitness, and fielding drills. Also, the retired left hander is seen practicing, his huge shots to counter the defect, of Chennai’s low run rate in last edition of IPL.

Watch out the video of Raina here:

Watch : Thrilling final over as India women beat England women to level the...