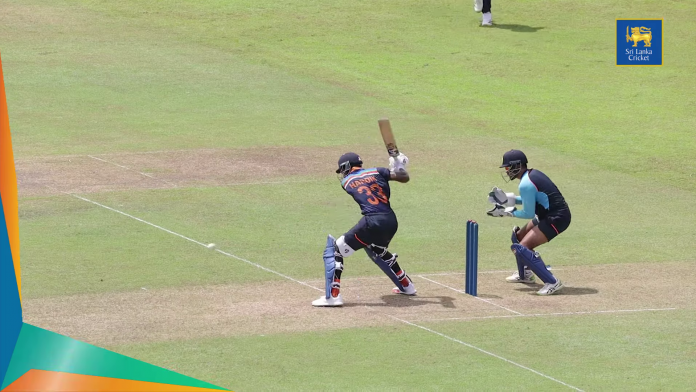 The Indian team played their second intra squad practice match yesterday. In anticipation of the limited overs series vs Sri Lanka, the second string Indian team is leaving no stone unturned for preparation. The hosts official cricket channel released a score card and a video in which the scores of both the team are mentioned.

Pandya back to form!

In the match Bhuvi had scored 7 runs. Openers Devdutt Padikkal and Ruturaj Gaikwad  made 34 and 75 respectively. Ishan Kishan could not score any runs as he was dismissed for a duck. However the top scorer was Hardik Pandya with a score of 79 runs.

Pandya being in great touch is great news for the Indian fans. The allrounder from Gujarat had struggled recently with his fitness issues.  Moreover he has cut down on his bowling a lot. Consequently Pandya is playing as a specialist batsman in the IPL for past 2 seasons. This is the reason he was not selected in the Indian team for the test tour of England.

With Ravindra Jadeja playing as a genuine allrounder for the Indian team, Pandya’s role in the Indian team will be scrutinized. Accordingly he can’t make to the national team with just his batting skills. Hence it is necessary for him to get back to his full fitness and regain the role of allrounder for India.

In the same video, Surya Kumar Yadav too was hitting sixes. Consequently in all likelihood, he will be a part of playing 11 for the Indian team.