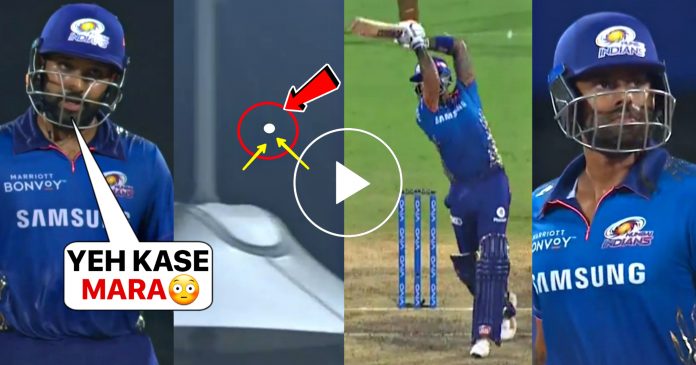 Mumbai Indians, have made 131 runs for the loss of 6 wickets, in their allotted 20 overs against, Punjab Kings at Chennai. After being put into bat, by Punjab Kings, Mumbai had a poor start with the bat. The opener, Quinton De Kock was dismissed, for just three runs. The number 3, Ishan Kishan too struggled for fluency, as Mumbai lost two wickets for just 26 runs. 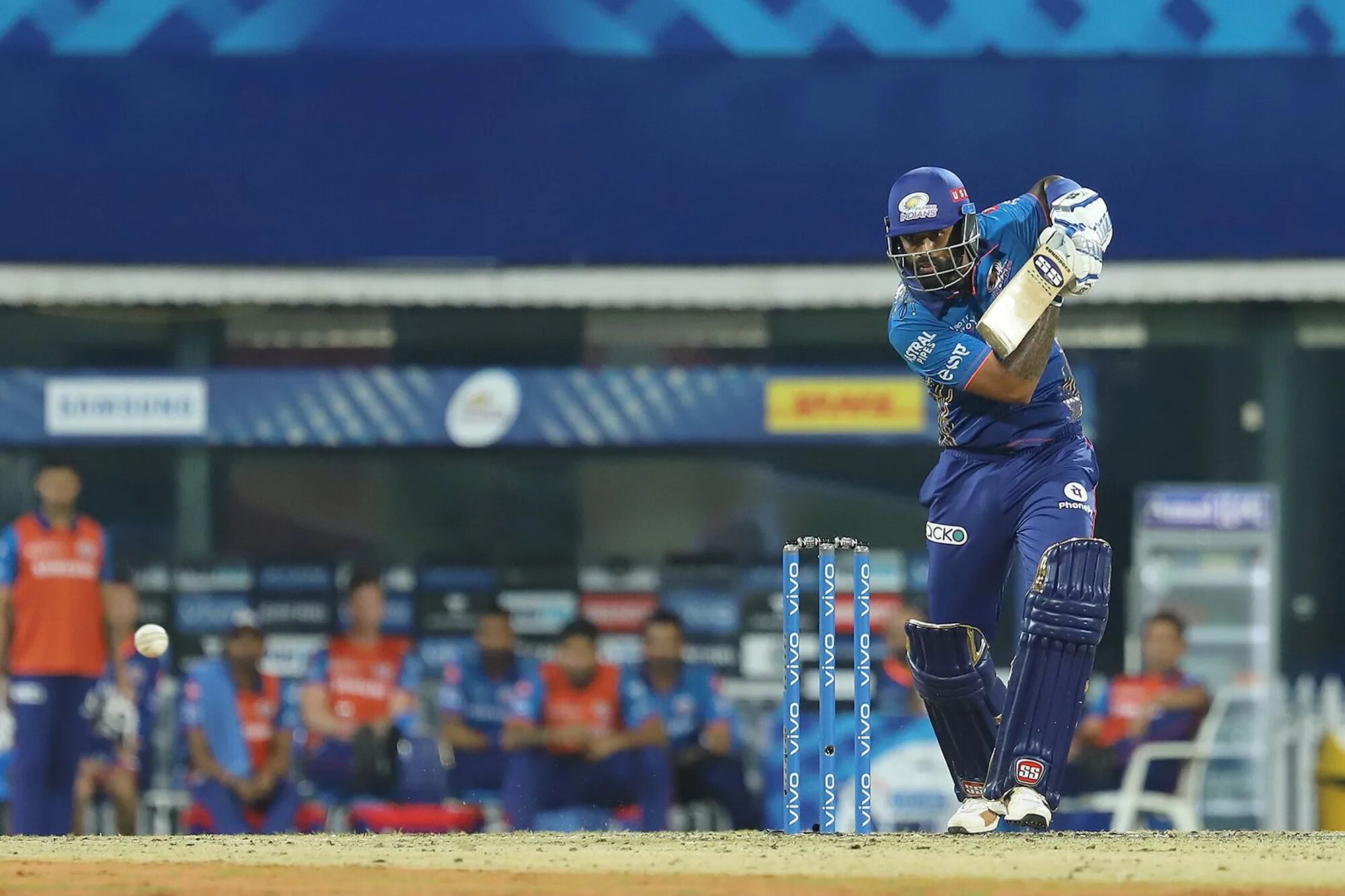 Surya Kumar Yadav today, came to bat at number four, which is not his usual position position. He bats at number 3 but in this match, he swapped his position with Ishan Kishan. It was the left hander, Ishan Kishan who came at number 3 instead of usual 4th position.

Arshdeep Singh, bowled a length delivery on off stump. Yadav hit, a lovely inside out six as he, came down the track to Arshdeep Singh. The batsman played him like, he is playing a spinner. In came, a lovely bat flow, from Yadav and the ball went over the covers for a six.

It was such a brilliant hit that even, Rohit Sharma was all praise for the shot. He, went to Yadav and patted the back of him, after that lovely six.

Surya Kumar was dismissed for 33 runs in 27 balls, as the 79 runs partnership got broken. He hit 3 fours and a six. Ravi Bishnoi dismissed him, when he tried to reverse sweep a delivery of him, for a four.