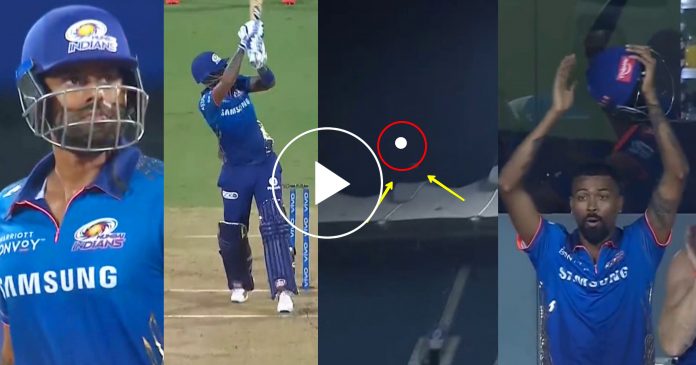 It was a tactical decision as every team has done in this IPL. The common notion behind this decisions are it becomes easier to bat in the second innings owing to the dew factor and also, it is easier to bat in a T20 when a target is known since no any target is safe in T20 cricket.

Harbhajan Singh started the bowling for Kolkata just like in the previous match. He delivered a tight first over. The over went for just three runs. For Mumbai, Quinton De Kock and Rohit Sharma opened the batting.

The second over was bowled by mystery spinner Varun Chakravarthy. He struck immediately in this over. On the last ball, De Kock tried to slog the ball for six over cow corner. However, he mistimed the shot and the ball went up towards long on where the fielder Rahul Tripathi took the catch.

The man in form Surya Kumar Yadav came at number three. He looked in pristine touch from the word go. A couple of boundaries came in first few deliveries but the best was yet to come. In the eighth over of the innings, P Krishna bowled a length delivery to him. He shuffled a bit and absolutely belted the ball over mid wicket via a helicopter shot for a six.

It was very much in the league of MS Dhoni. The next over again showed that Yadav has mastered the helicopter shot. Pat Cummins bowled a similar delivery like Krishna and yet again, Yadav shuffled and hit the ball through a helicopter shot for a huge six. It was so huge that the ball went out of the ground.

Seeing the distance the ball went, Hardik Pandya stood up in the dug out and started clapping with his mouth wide open. He was shocked by the helicopter shot and the force which it generated. His reaction instantly went viral.

Watch: NOT UAE but this country offers to host the remaining of the IPL.