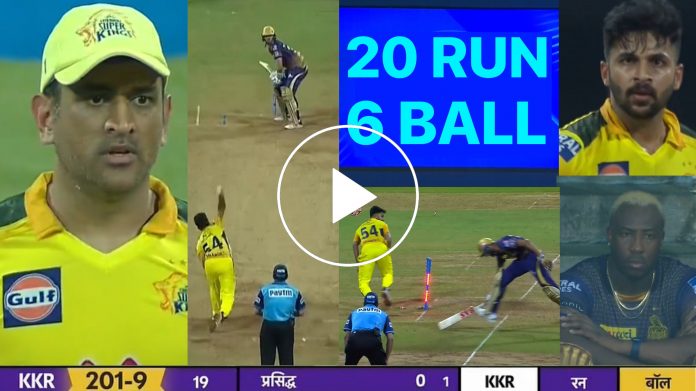 Chennai Super Kings came out on top against Kolkata Knight Riders as they beat them by 18 runs. The match was played in Wankhede stadium, Mumbai which is an smaller ground compared to others. Since, both the teams are packed with batsmen and big hitters of the ball, a big total was expected. 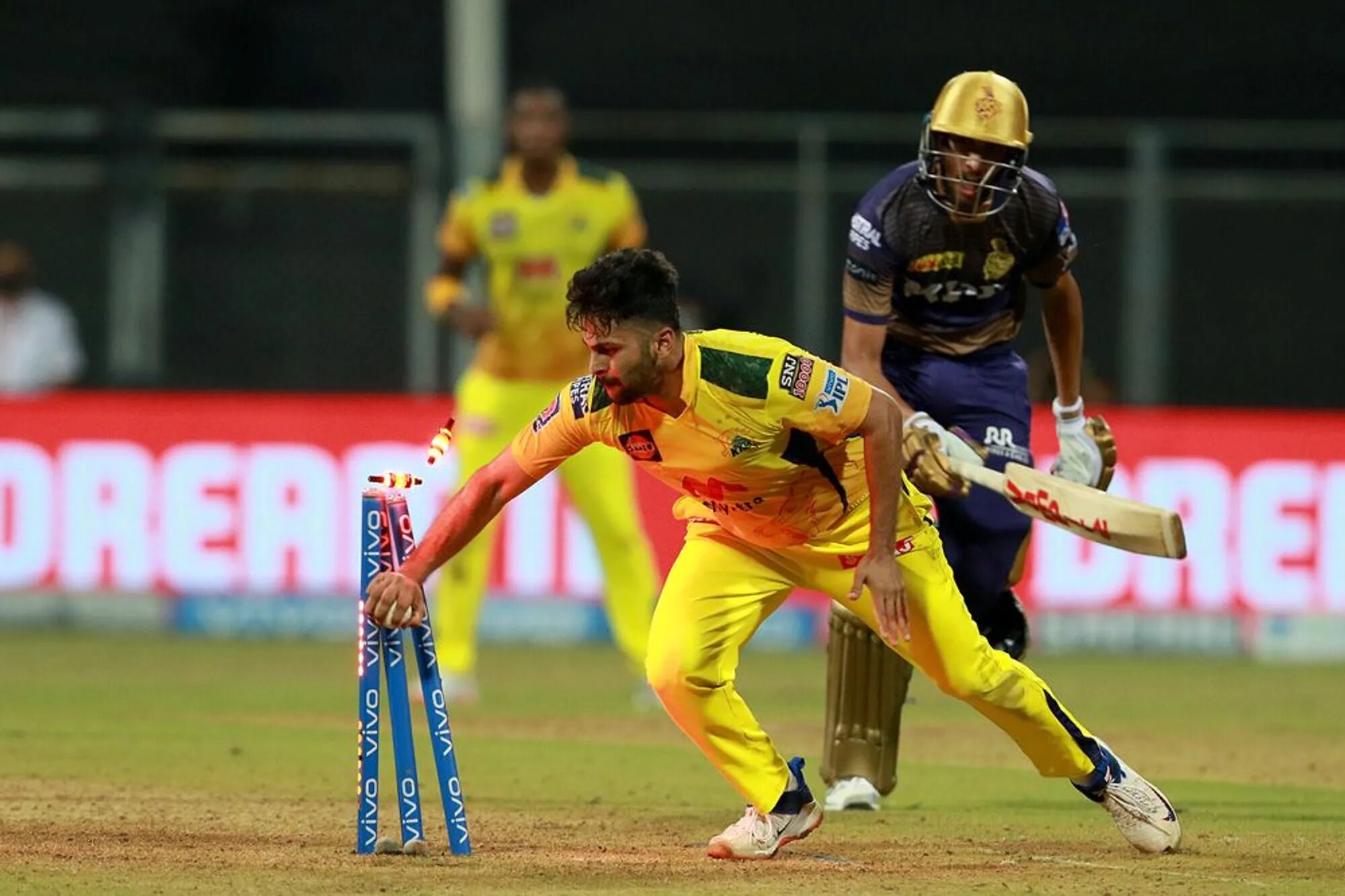 It happened exactly as per the expectations. First Chennai cruised their way to 220-3 in their allotted 20 overs. Their batsmen made merry as they thrashed the hapless bowling of Kolkata to all parts of the park. Faf Du Plessis was the top scorer for Chennai as he made an unbeaten 95 runs in 60 balls.

The other opener Ruturaj Gaikwad too cashed in and made 64 runs in just 42 balls. Then. Moeen Ali, MS Dhoni and Ravindra Jadeja played cameos of their own as Chennai made 220.

In reply of the target, Kolkata got off, to the worst possible start. Their top 5 batsmen, were all gone, for single digit scores, as the pressure of big target got to them. Soon, they were reduced to 31-5 by the 6th over.

A heart break for Kolkata

A massive defeat looked certain, for Kolkata as Chennai became complacent. Then, Andre Russel launched a scathing counter attack, and blitzed his way to a 22 balls 54. He shacked 6 sixes in his brief stay, and took the attack back on Chennai.

Then, the duo of Dinesh Karthik and Pat Cummins added, 34 runs for the 7th wicket before Karthik fell, at the individual score of 40 runs in 24 balls. Hence, it was left all alone on Cummins to try and take, his team close to the target.

Miraculously, he nearly did chase, the target on his own, with an unbelievable innings of 66 in 34 balls that, had 6 sixes in it. It included an over, of 30 runs by Cummins against Curran.

However, Chennai Super Kings found a way to get the other batsmen dismiss. The number 10 batsman was run out in the 19th over of the innings of Kolkata.

In the last over, Kolkata required 20 runs to win with the last pair of Cummins and Krishna on the crease. This over was bowled by Shardul Thakur.

Thakur bowled a low full toss to Cummins who mistimed his shot towards the long off. He tried to go for two runs. But, on a small ground, it was always going to be difficult. The fielder from long on, came running in and threw the ball to the non strikers end. The bowler Thakur quickly whipped off the bails as P Krishna who was running to the danger end was run out by some distance.

It was a heart break moment for Kolkata as they had fought back heroically. However, it was the night of Chennai as they held their nerves and sealed the game.

Watch the run out here:

Watch : Funny voices of MS Dhoni during his international career