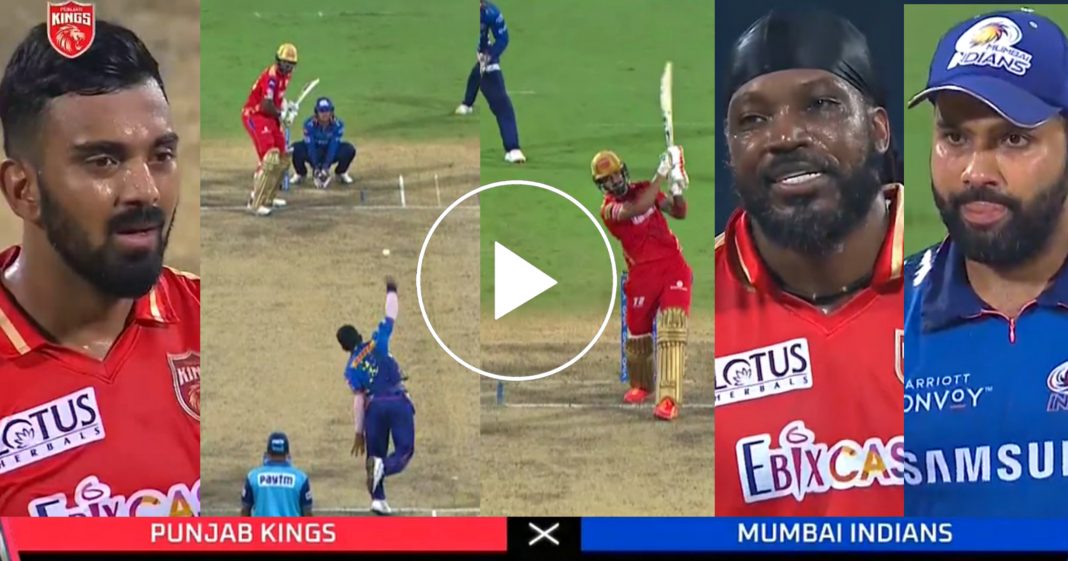 Punjab Kings won their second match in this edition, of Indian Premier League. It came against the defending champions, who were thrashed by, Punjab Kings by 9 wickets. The reason, for such a big victory in this match for Punjab, was the bowling of them. They, stopped the powerful Mumbai Indians batting line up to just 131. 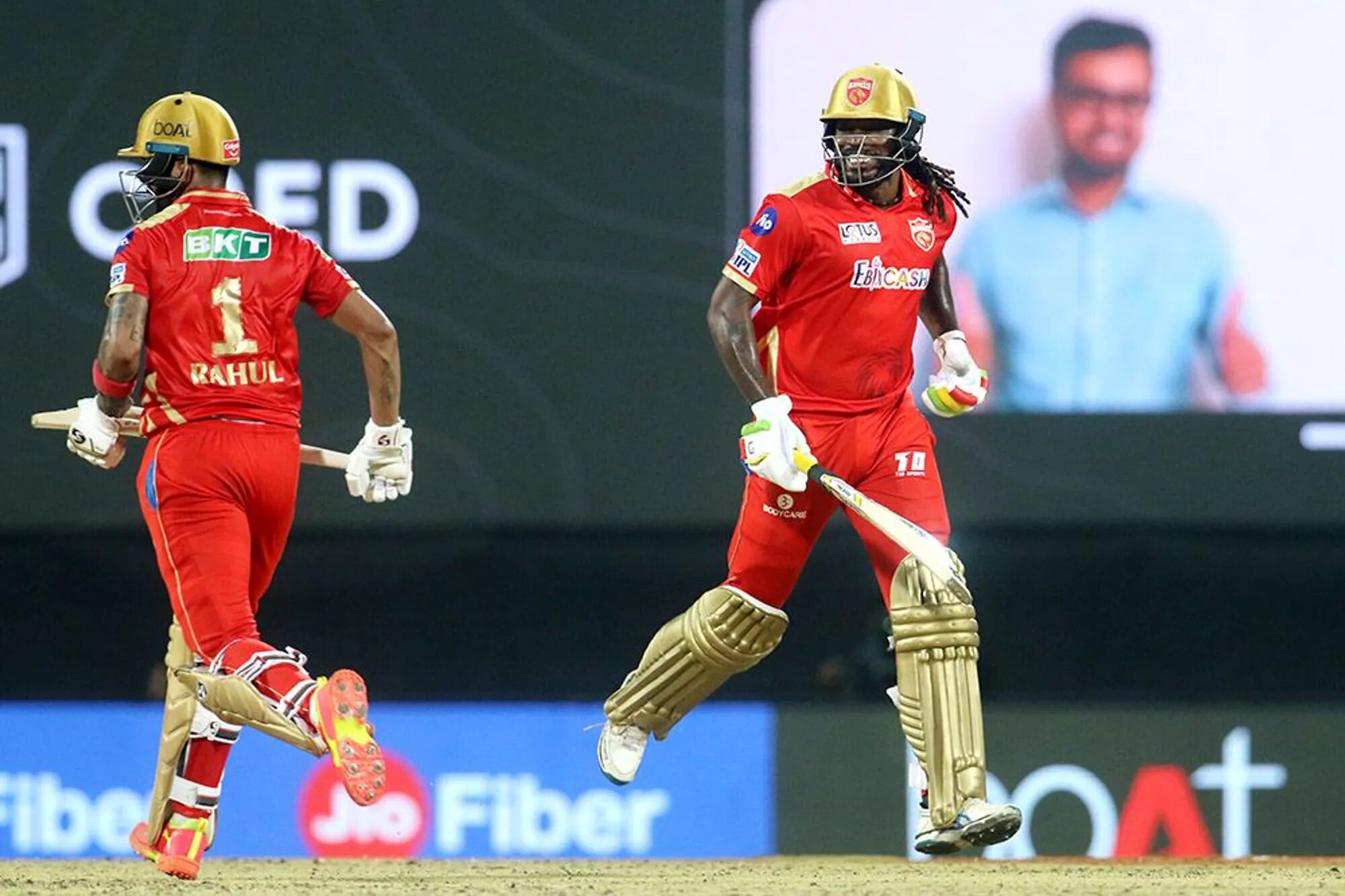 However chasing, 132 against the strong bowling of Mumbai Indians, on a dry surface also wasn’t going to be easy. But, the openers Mayank Agarwal and KL Rahul gave, a solid platform to their team. They, added 53 runs in 7.2 overs. Then the veteran batsman, and probably the most dangerous T20 batsman of all times, Chris Gayle and skipper KL Rahul took their team to victory in an easy fashion.

The duo added 79 runs in 62 deliveries as Punjab, romped to victory in style. Chris Gayle, came at number 3, and started slowly. He was finding it uncomfortable, in the initial stay of his innings. He hit his, first four in the 12th over. Also, it was the first boundary of Punjab in 32 balls.

Then, Jayant Yadav was bashed for 2 consecutive fours, before Rahul wacked Kieron Pollard for a six. Then again, Gayle, launched Jayant Yadav for a massive six in the next over, as they took their team to 99 after 15 overs. At this point of time, both were playing at a strike rate, of around hundred runs.

But still, the team was in drivers seat as they required just 33 runs in 5 overs. However, they could still not take the victory for granted, as Mumbai had two overs of Jasprit Bumrah left, who is one of the best death bowlers. Then in the 16th over, Krunal Pandya again delivered few good deliveries, but bowled a poor delivery also, which was smashed by Chris Gayle for a much needed boundary.

With, 22 needed of 20 balls, Gayle cleverly guided Jasprit Bumrah towards the fine leg boundary. Then, he took a single on the last ball to retain the strike. Also, KL Rahul completed his 50 in this over, on 50 deliveries as he played a captain’s knock.

With 17 needed, from 18 deliveries Trent Boult, was pummeled for 18 runs in the first four deliveries, only, as Punjab won the game. The first delivery was thumped, over deep mid wicket. A single brought KL Rahul on strike and he too, joined in the fun as he smashed one over long on for a six.

The game ended on the next delivery, where KL Rahul guided the ball to third man. For his captaincy innings, KL Rahul was awarded the man of the match.