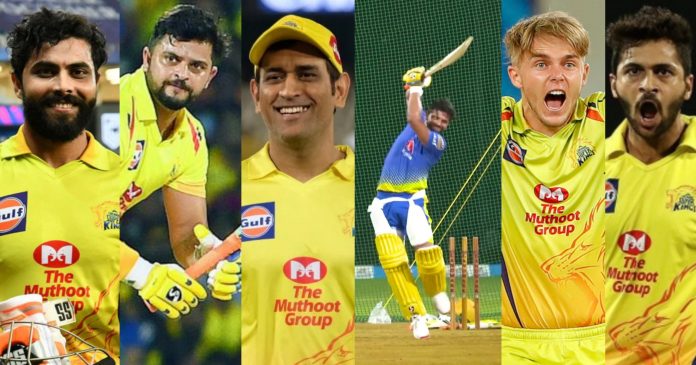 The Indian Premier League will begin, from the 9th of April. All the teams have hit the ground running for the, preparations of IPL. Known, as the most lucrative league of cricket, IPL generates a lot of fans for its quality of cricket, in a duration of 1.5 months.

Naturally, every team wants to perform in it. The players associated with it knows that, one good season of IPL will help them, get the cap of India. Consequently, they too try to perform to the best of their abilities.

One such team is Chennai Super Kings. Last season was, nothing less than a horrible dream for CSK, and its players. The team failed to qualify, for the play offs for the first time in 13 years. If that was not enough, they were on the verge of being pushed, to the last spot. However, a couple of victories at the end, took them to seventh position.

By the high standards which Chennai, had set during all those years, it was a dreadful and shambolic performance.

Chennai looks to bounce back this season

A lot of eyes will on, the star players of Chennai. This includes Dhoni, the skipper as well as all rounders like Jadeja, Curran, Bravo and Thakur. Coming into the frame will be Suresh Raina, who had pulled out of last year’s IPL owing, to the COVID scare.

The performance of CSK will depend upon, the display of their skills by these players also. If the star cricketers play, according to their potential, Chennai will again become the force to reckon. The same force which made them, reach all the play offs of IPL and the finals, a record 7 times.

Also, it could be the last IPL, of Dhoni. Its difficult to see him coming next year, at the age of 41 years. He would also like to, finish off his IPL career on a high. Same, could be the case for overseas stars, Dwayne Bravo and Faf Du Plessis who are also on the last legs, of their cricketing career as well as Indian players, like Ambati Rayudu and Suresh Raina.

Chennai Super Kings first match is against, Delhi Capitals on 10th of April.

Watch the video of CSK players in training here:

Watch : MS Dhoni races with a Pony in his farmhouse. Runs almost as...