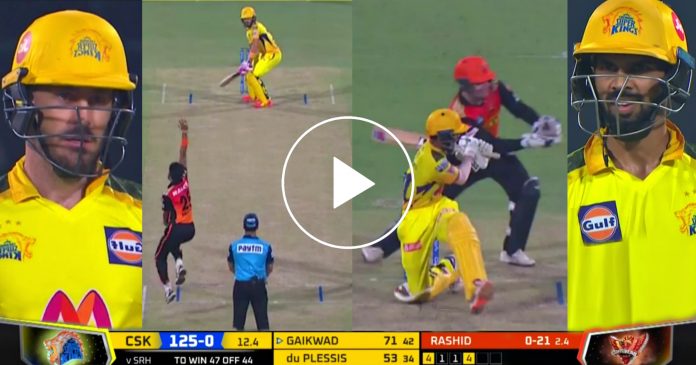 Chennai Super Kings beat Sunrisers Hyderabad in a one sided encounter by 7 wickets. At no point, did the Chennai appeared under pressure while chasing the target. Such smooth was their batting. The main reason behind this incredible run chase was the amazing opening partnership, Chennai Super Kings got. 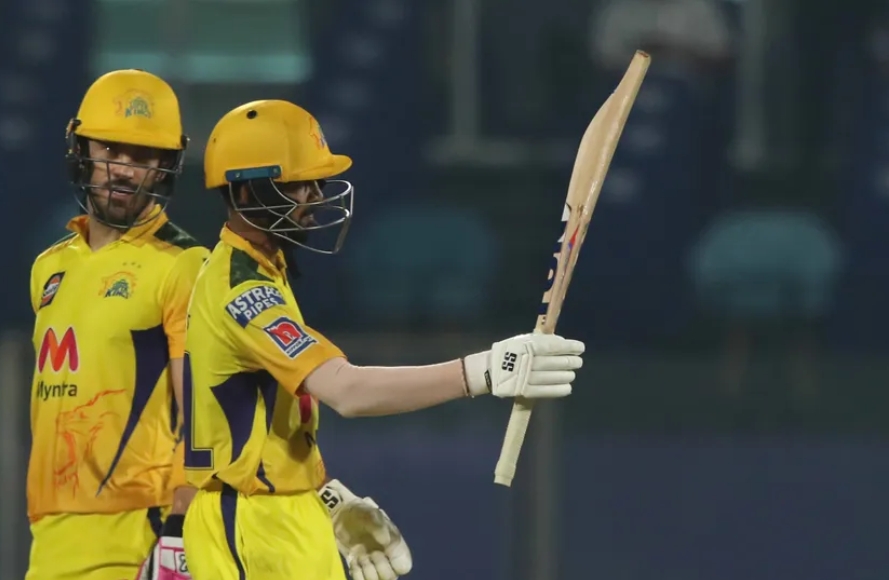 The two openers added 129 runs in just 13 overs at close to 10 runs an over as, they all but confirmed the victory of their team.

Rituraj Gaikwad and Faf Du Plessis opeend the batting for Chennai as the first over went for 5 runs. Their partnership’s first four came in the next over as Khaleel Ahmed was launched through covers for a four. Then, Faf again hit two fours on successive deliveries of next over of Khaleel.

At the end of 4 overs, Chennai were 31-0. Siddharth Kaul was taken for 12 runs in the next over as Du Plessis took him for two boundaries in this over. 7 runs came in the 6th over as Chennai reached 50 runs by the end of powerplay.

J Suchith was smashed for 13 runs in the following over and then the openers of Chennai raced away. At the end of halfway mark, they had added 91 runs and were still batting.

Faf Du Plessis then, punched a delivery towards fine leg and the batsmen took a double. It brought Faf’s 50 and also, the team’s 100. The right hander veteran from South Africa took 32 balls to reach his half century. Then, in the next over, Gaikwad absolutely laid in to J Suchith as he was taken apart.

The poor bowler was hit for three successive fours in the off side, leg side and point. It was the display of vast hitting range of Gaikwad. Also, the first four amongst this brought 50 for Gaikwad as he required 36 balls to hit the half century. At this stage, it looked that these two batsmen would be enough to take Chennai to victory. But then, Rashid Khan gave some respite to Hyderabad as he dismissed both these batsmen to pavilion.

Rituraj Gaikwad was clean bowled by the leg spinner on the last ball of this over as the partnership was broken. Rituraj made 75 in just 44 balls and hit 12 fours. Faf too, was sent back to the dug out in the next over of Rashid as he took 3 wickets.

For his impressive innings of 75 runs, Gaikwad was adjudged the man of the match.

Watch the highlights of the partnership here:

Watch emotional moment as Kohli hugs Padikkal after his 100