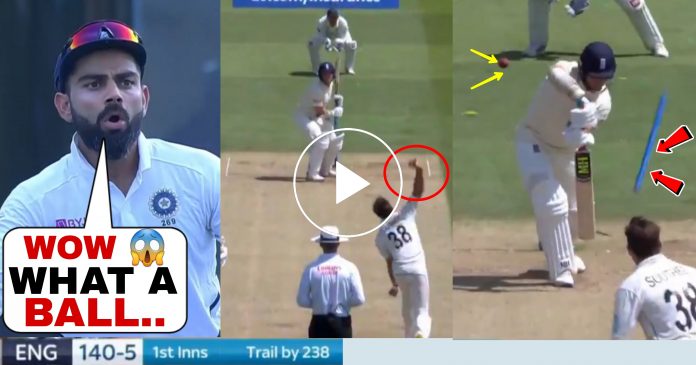 The first test between New Zealand and England is reaching an interesting phase. After the third day of the test was washed out, New Zealand bowlers wrecked havoc on the English batting line up on the fourth day. The wrecker in chief for Kiwis was the right arm swing bowler Tim Southee. Moreover, he picked up his 13th fifer in test matches as the 32 year old proved unplayable. Also, this is the fifth time he has taken a five wicket haul against England. 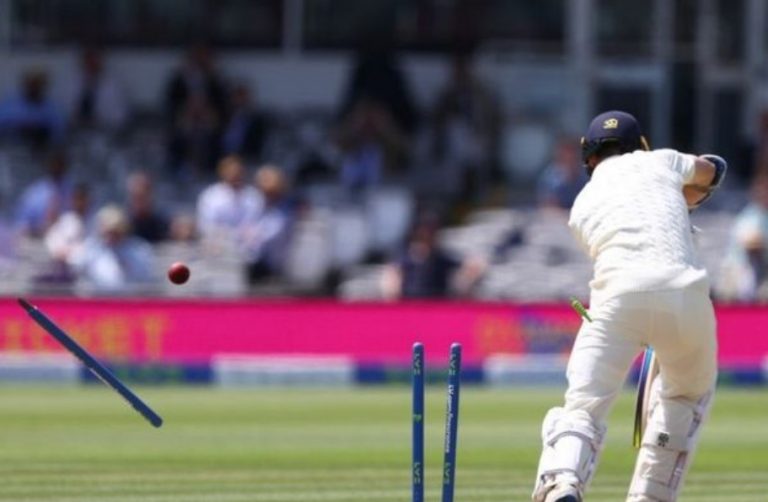 It was the wicket of Joe Root on the first ball of the day as the overnight partnership of 93 runs got broken. He got dismissed by Kyle Jamieson when the batsman edged one to slips. Consequently, it was Tim Southee all the way as he took next few wickets on his way to a fifer. His second victim was Ollie Pope who was found in front of the wicket on an inswinger.

The third victim of Southee was Dan Lawrence as the batsman played a poor shot and was caught in the third slips. Moreover, he did not stop here as the debutant wicket keeper James Bracey was his fourth wicket. The left hander was bowled for duck on a peach of a delivery. Southee came around the wicket and pitched it on that perfect length to any southpaw batsman.

Brilliant delivery to get Bracey OUT!

As Bracey tried to defend it, it seamed just enough as the ball breached a small gap between his bat and pad. The next sight was his stumps getting disturbed as the ball hit the stumps and sent it cartwheeling.

Southee’s fifth wicket was of pacer’s Ollie Robinson. The duo of Robinson and Burns had added 63 runs for the 7th wicket and were looking well set. Hence, Williamson brought his best fast bowler to break the partnership. Accordingly, Southee did not disappoint. He delivered a short delivery that was full of venom and aimed at the head of Robinson.

The batsman was surprised by the delivery and was in no position to play the shot. Hence, he could only top edge it towards fine leg. The fielder at the spot did not make any mistake and took the catch to send Ollie on his way. It was a lovely way by Southee to get his fifth wicket.

At the end, England was all out on 275 runs. Accordingly, Tim Southee was the most successful bowler taking 6 wickets for 43 runs.

New Zealand on a roll this morning.