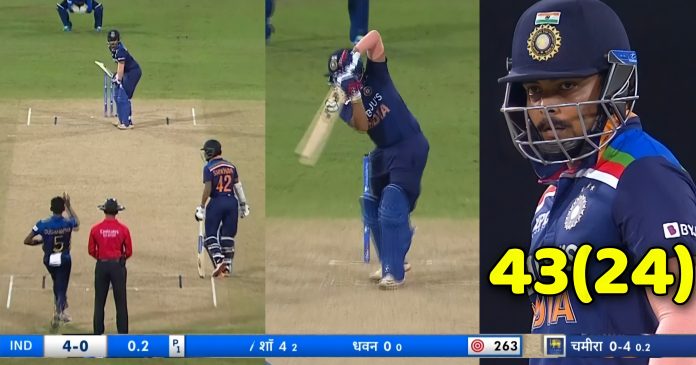 The Indian innings has got off to a flyer in the first match against Sri Lanka at Colombo. Chasing a target of 263, India racked up 50 runs in a mere 4.5 overs. The main man behind this blitzkrieg start was Prithvi Shaw who is making a comeback to the national side. 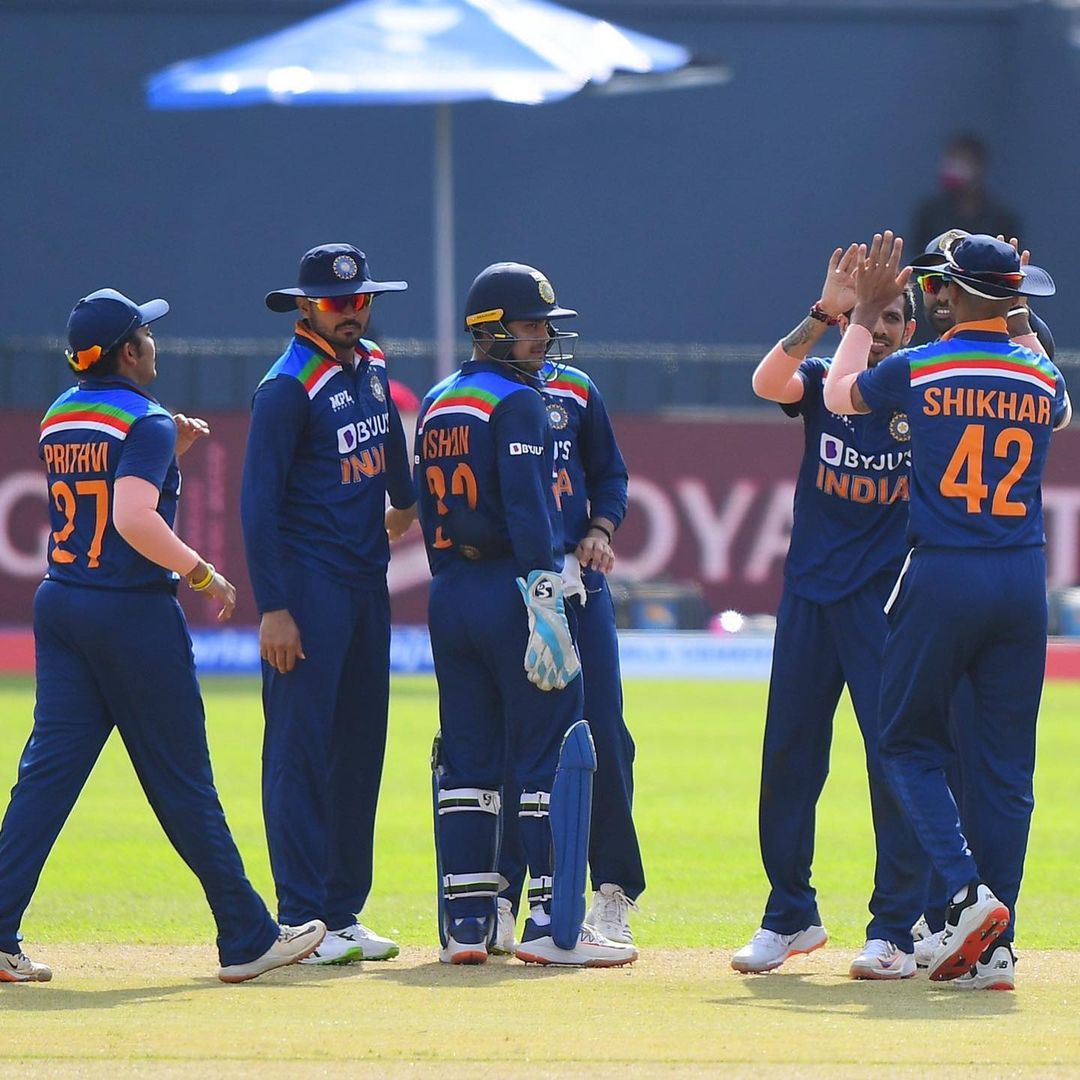 Shah smacked 43 runs in just 24 balls and hit 9 fours. The right handed opener showed his intentions on the second ball of the Indian innings. A length ball was cracked for a lovely drive resulting in a four. Another half volley outside off was creamed through point for second successive boundary on the very next ball.

In the next over, Isuru Udana bowled a paltry delivery on the pads. Hence Shaw needed no second invitation. He whacked it through square leg for third boundary of the innings. On the last ball of the over a fuller length delivery was punched through mid off for yet another 4.

The following over didn’t fetch any boundary. However Shaw more than compensated it in the next over. Yet again it was Isuru Udana who bore the brunt of Shaw’s aggressive stroke play.

On the second delivery of the over, Shaw played a gorgeous cover drive that went all along the carpet. It was a picture perfect shot. The next ball was hit for another four through cover point when Shaw managed to find a gap between the two fielders positioned there.

Furthermore third consecutive boundary was hit when the batsman whacked it over covers. Shaw hit his 8th four when he dispatched a slower delivery over mid off in the next over. Another boundary came in the same over when the diminutive opener smashed a harmless delivery through covers once more.

However just when it looked that Shaw would reach his 50, he was dismissed. Dhananjaya De Silva came to bowl and Shaw faced the third ball of this over. It was a length ball and the batsman tried to thump it over long on for a maximum. But he was beaten in the air as the ball hit the inside part of the bat and went up in the air towards long on.

The fielder present there made no mistake and hence Shaw was gone.

Watch the innings of Shaw here :