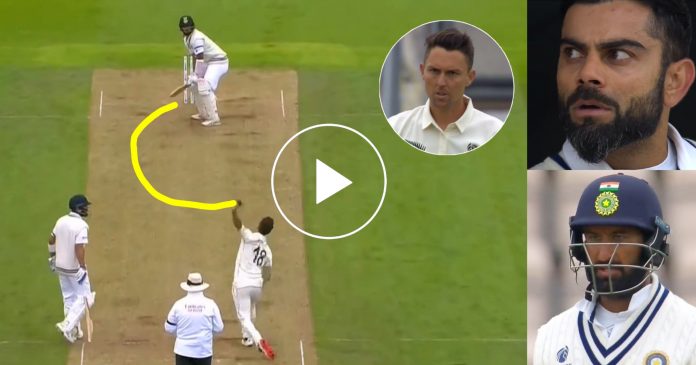 New Zealand has pulled things back in some style in the all important clash for title of ICC world test championships. After India had got off to a good start, the Kiwi pacers have rocked India’s batting with 3 quick wickets in no time. First, it were the openers Rohit Sharma and Shubhman Gill who were dismissed within moments of each other. While Rohit made 34, Gill made 28 runs as the duo stitched 62 runs for the first wicket. 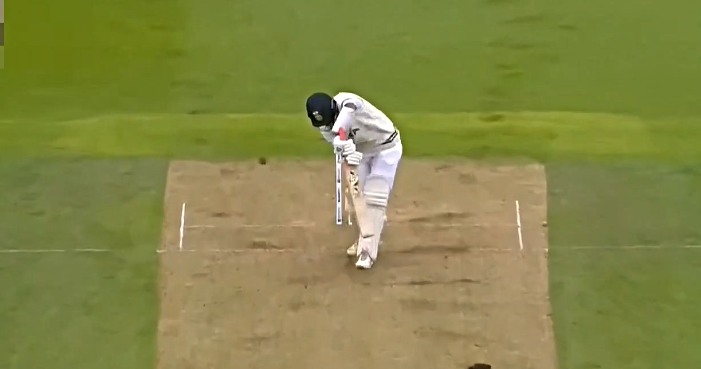 After both the openers got dismissed, number 3 Cheteshwar Pujara and skipper Virat Kohli joined each other at the crease. Both took some time to settle at the crease as they find it hard to negotiate with the quality seam and swing bowling of Kiwi’s pacers.

The Indian number 3 batsman, Cheteshwar Pujara came to bat at score of 62. As is often the case with Pujara, he was slow to start. Accordingly, he took 36 balls to open his account when a short and wide delivery from Neil Wagner was crashed by Pujara for a four through point region. Another glorious boundary followed in the next over when Pujara crashed a shot through covers. However, these two scoring shots proved to be the only ones coming off from Pujara’s bat before he was dismissed.

It was Trent Boult who got the better of India’s number 3. In the 41st over of the innings, Boult one brought back into Pujara. Hence, the batsman was taken by surprise by the swing. Consequently, the ball beat his bat and thudded into his pads. A loud appeal was followed by the umpire raising his finger and Pujara was gone.

Initially, he went to captain Virat Kohli to ask about whether he should take review for the decision. Since all three DRS were available for India, it was a viable option for Pujara to take a review and try his luck out. However, such plumb was the dismissal that Virat advised Pujara to not take the review. Moreover, Kohli looked shocked at the brilliant delivery from Boult which got the better of Pujara. He took 54 balls to hit those 8 runs.