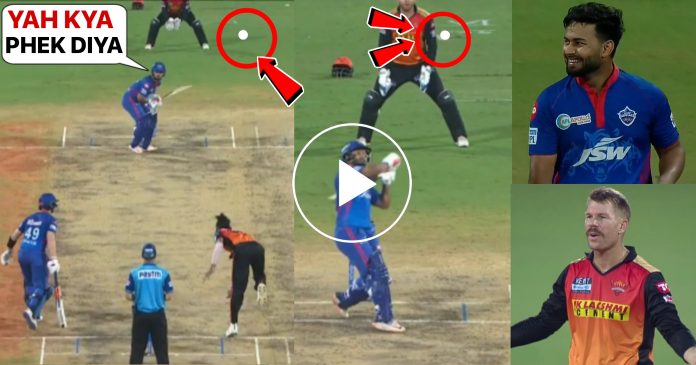 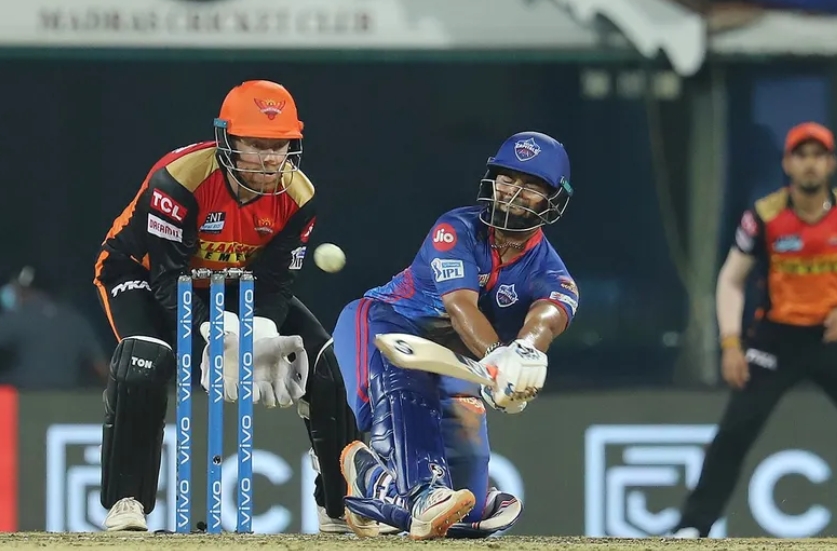 After the match ended, David Warner said – It’s a tough one (to swallow the loss result). I thought the way the bowlers, came back after the powerplay was fantastic. Then he praised Vijay Shankar and said that Vijay, is not one of our strike bowlers, but he was fantastic (in his chances). He also had high regards for Bairstow and Williamson. Warner told that, Johnny at the top and Kane batted deep but (still they lost)

On the fifth ball of the over, Shankar ran in and bowled to Pant. However, what followed was a comedy. The ball totally slipped out of his hand and went out, as such a high full toss, that it almost went 5 meters high. The ball then dipped and reached to Pant as high full toss. The delivery is called as moon ball.

Pant too went for the hit, but lost his shape while playing the shot. He still picked up a single. It was so funny, that even the commentators started laughing.

The skipper David Warner then went on and chatted with the umpire, when he gave the ball as a no ball. He said that the ball slipped out of Shankar’s hands and so, the umpire may consider his decision again.

But the umpire did not roll back his decision, and went ahead with the no ball.

Watch the funny moment of the no ball, here: