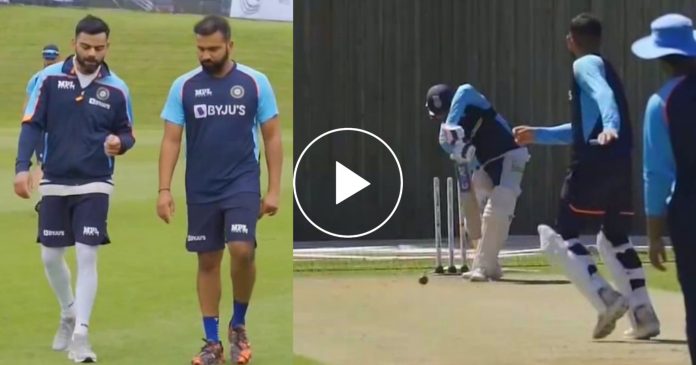 The rain has refused to relent on the first day of the Final between India and New Zealand. Southampton’s weather has shown no any signs of improving as rain keeps falling and hampering any chance of play today. According to the latest reports, Umpires have agreed to check the outfield at 3PM local time. If rain stops by that time and outfield is deemed safe to play, there are chances of toss happening today. If in case, there is no any play today, the reserve day will come into play which was scheduled for this kind of bad weather situation only. Hence, the time lost today will have no impact on the result as still the test match will be of five days. 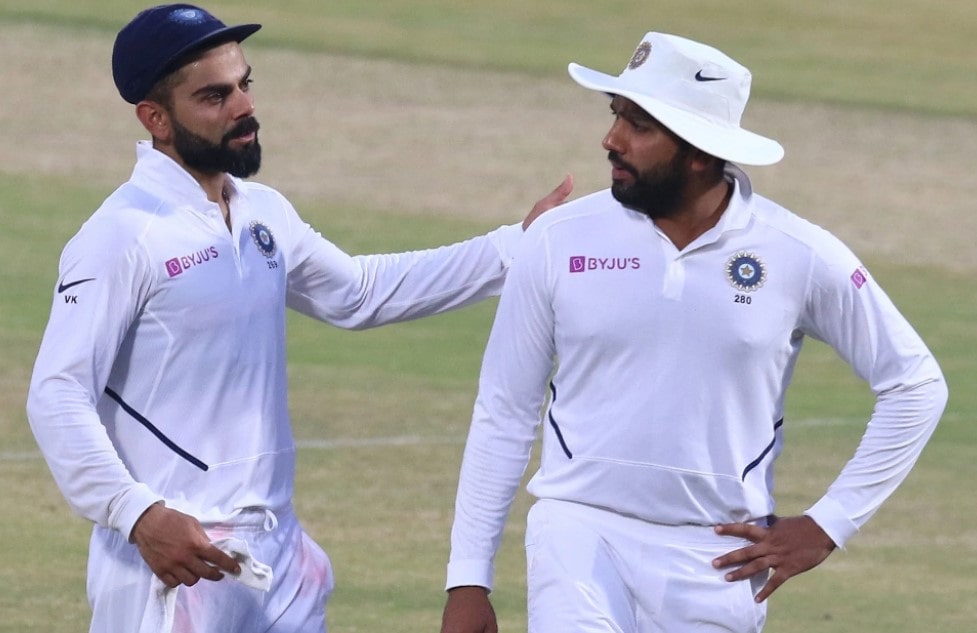 Amidst all this, a video on social media has made an appearance. This video contains two stalwarts of Indian cricket in the form of Rohit Sharma and Virat Kohli. Both these players have been the pillars of Indian batting order for many years now. Initially, Rohit was confined to limited overs cricket only but in the last couple of years, he has transformed into a test opener as well. That too, with sensational results. On the other hand, Kohli conquered whatever format he played in.

Twist in the video!

After a point of time, Virat Kohli walks up to Rohit Sharma as the two have a conversation about something. Then, they get back to their respective positions and start training again. Other reason for this video which has gone viral is the relation between Rohit and Kohli. There are a lot of speculations and rumors that both the batsmen share frictional relationship. It has been going on since India lost the semifinal of the 50 overs World cup against New Zealand a couple of years ago. Hence, the video of Kohli and Rohit practicing together will help to reduce these stories.