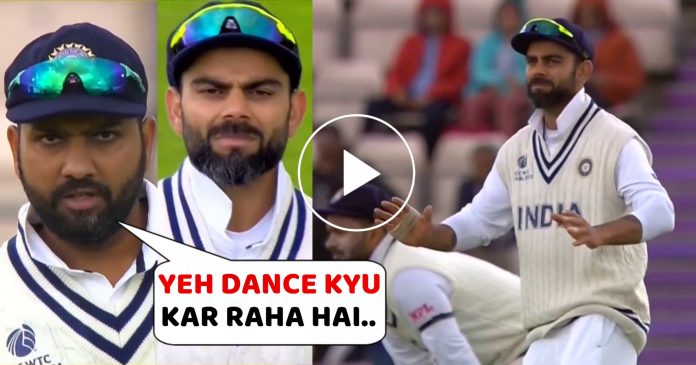 The inaugural final of the World Test Championship is reaching an interesting stage. After India was bowled out for a low score of 217 runs, New Zealand went unscathed at tea to a score of 36-0 in 21 overs. However, the Indian pacers asked some tough questions to the Kiwi openers, but they managed to survived a testing period. 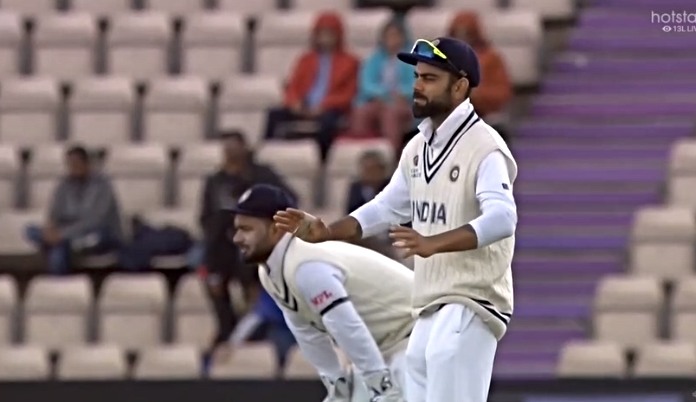 Mohammad Shami looked the most threatening bowler for India as he repeatedly beat the bat of two Kiwi openers. His short balls aimed at the bodies of New Zealand opening duo proved difficult to negotiate for the Kiwis. However, with a little bit of luck, they survived.

Earlier India collapsed as their strategy to go with just 6 batsmen back fired. On the third day of the test, Indian batting collapsed from a score of 149-3 to 217. Kyle Jamieson was the star for New Zealand as he took his 5th fifer of his career. The lanky pacer made the ball bounce from uncomfortable lengths thanks to his 6’8 inch frame and Indian batsmen had no nay answers to him.

For India the highest scorer was Ajinkya Rahane. The Indian vice captain made 49 runs and fell just short of a much valuable 50 by a solitary run. He fell right into the trap set by New Zealand short ball specialist Neil Wagner. The left arm pacer bowled a short ball and Rahane tried to pull the ball but hit the ball straight to the fielder at square leg. Rahane could not quite believe the shot he played and admonished himself for being irresponsible.

After India got rolled over for 217 runs, New Zealand openers came out to bat in testing conditions. Ishant Sharma started the bowling for India with Jasprit Bumrah as the two seamers kept things tight. Moreover, the Kiwi openers were also cautious and did not take any risk as the scoreboard kept moving, albeit at a slow pace.

Amidst all this, a funny moment came in the match. It was in the 13th over of then innings with New Zealand score at 19. Virat Kohli was standing in the slips and suddenly the camera panned towards him. Then, it was seen that Kohli is doing a jig and a little sort of dance in the form of ‘bhangda’.

As soon as the Indian fans saw him doing that, some of them also started doing the same. It was surely a funny moment of the match.

Watch the video of Kohli doing the dance:

Watch : Emotional moment between Virat Kohli and Kane Williamson after end of WTC...