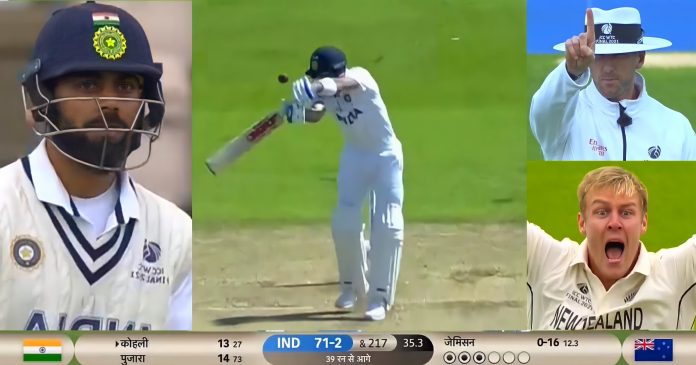 The Final of the ICC World Test Championship is in the sixth and last day. In a good news for cricket fans, the forecast for the weather during the entire day is great as well. Moreover, full quota of 98 overs are possible for the day. Hence, the last day of the inaugural World Test Championship promises to be cracker of a contest. 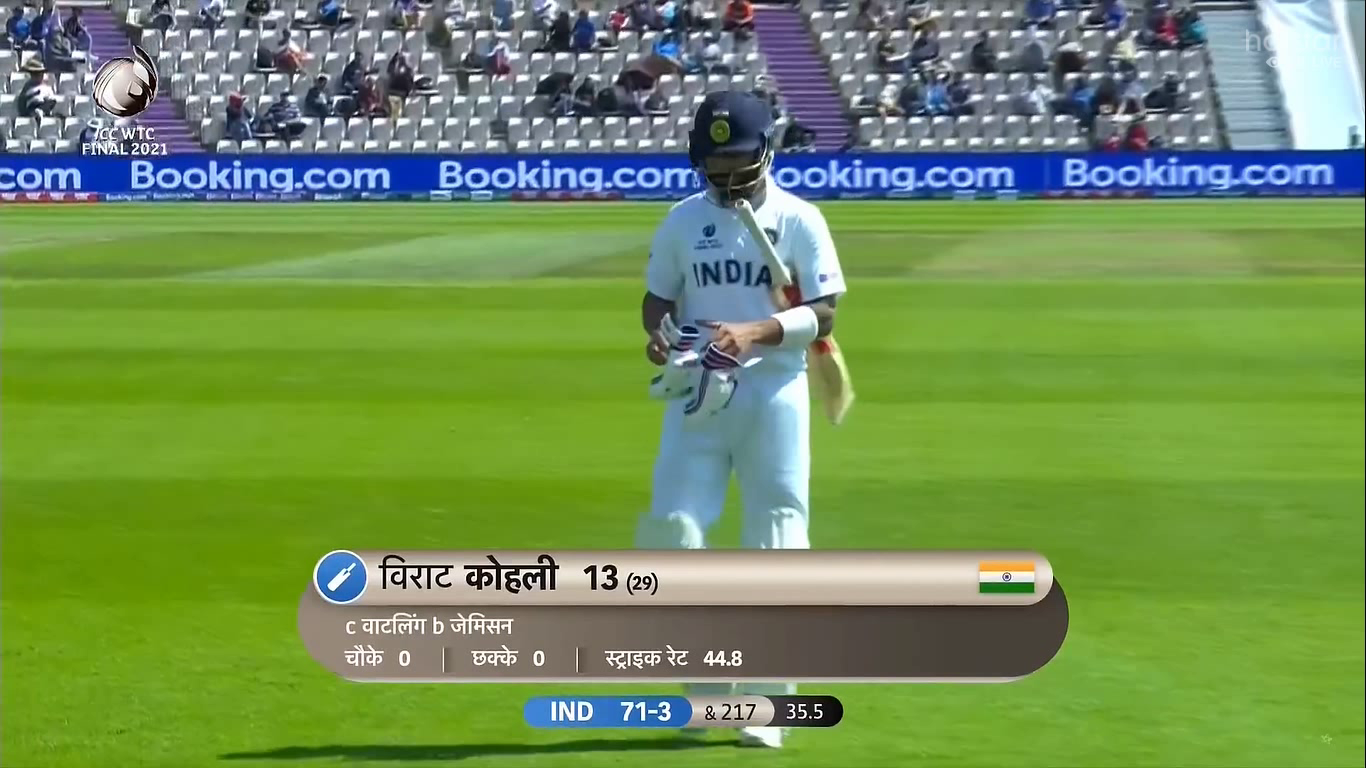 India began the day with a lead of 32 runs. They were at the score of 64-2 overnight. The Indian captain Virat Kohli and Cheteshwar Pujara were at the crease as they hoped to get their team to a position of safety. However, that did not happen as Virat Kohli was dismissed soon after the play began.

It was Kyle Jamieson who got the better of Kohli. The lanky right arm pacer was the wrecker in chief of India in the first innings also as he took a fifer and helped restrict India to 217 runs. Once again, he proved to be the dangerman as both the Indian batsmen found it hard to play his deliveries bowled from over a height of 6’8.

In the 36th over of the Indian innings, Jamieson was bowling to Virat Kohli. The first four balls were defended by Kohli as it was clear that he is uncomfortable against the pacer. On the fifth ball, Jamieson bowled a good length delivery as Kohli tried to defend it again. However, the ball bounced and seamed a little more than the batsman expected. Consequently, the ball took the outside edge of Kohli and settled into the hands of wicket keeper BJ Watling.

It was a huge wicket for both the teams. While the Kiwis were cock a hoop after getting the wicket of Indian captain, the Indians could not believe it. Kohli made 13 runs in 29 balls as his wicket set India back in pursuit of setting a target for New Zealand and try to bowl them out.

Now, a lot depends on Rishabh Pant and Ajinkya Rahane to bail India out of the problem. A draw in this test will result in both teams sharing the trophy.

Watch the video of wicket here: