Royal Challengers Bangalore have defeated Rajasthan Royals, in a one sided match by 10 wickets. It was, an absolute pasting by the Royal Challengers to Rajasthan as they cruised to the target. They reached, the target of 178 runs in just 16.3 overs, without breaking a sweat. The left handed opener, Devdutt Padikkal hit a brilliant maiden hundred in IPL. 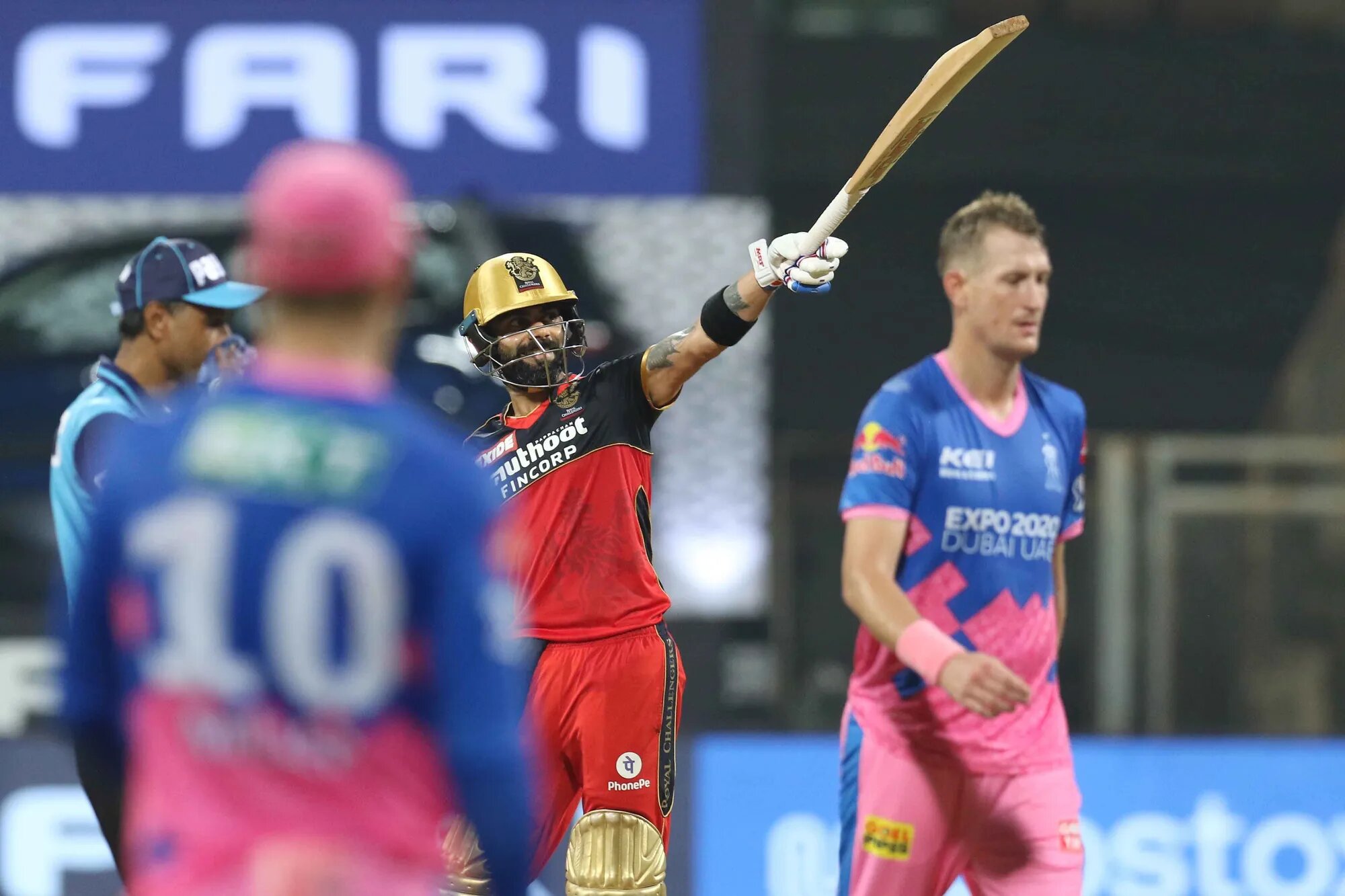 At the other end, Virat Kohli remained unbeaten too. Consequently, the skipper of Royal Challengers made 72 in just 47 balls. It included 6 fours and 3 sixes. The first six, of Kohli came in the first over itself, but after that, he became slow as Padikkal took over.

At the end of powerplay, Kohli was batting at 17 runs in 14 balls. In comparison to that, Padikkal was at 41 runs in 22 balls.

The score of Royal Challengers was at 107-0 after 10 overs and they had, almost shut out the game for Rajasthan Royals. The difference between both of them, grew even bigger. At that point of time, Padikkal was on the crease at 80 from 36 balls. On the other end, Kohli was at 26 runs in 24 balls.

After this over, Kohli began to pick up the pace. He, smashed 24 runs in next ten deliveries as he, completed his 50 in 34 deliveries. It was, after he reached his half century that a funny moment, happened in the match.

It was the 13th over of the innings. Chris Morris was the bowler and Virat, was at the crease. The first ball of the over, was thrashed for a six by the batsman, over mid off. It was, a classic Kohli hit where he uses, more timing and less power to clear the fence.

On the next ball, Kohli clipped a full toss to mid on for a single. It brought his, first fifty of this edition of IPL.

As soon as he completed his fifty, Kohli looked at the dug out and showed his bat to Glenn Maxwell. The Australian player too looked at Kohli and both of them shared a smile and a giggle. Then, Maxwell gestured that was the waving of bat for him or the coach of Royal Challengers, who was sitting right behind him.

Then, Kohli gestured something, with a baby sitting celebration and both of them, again had a laugh.