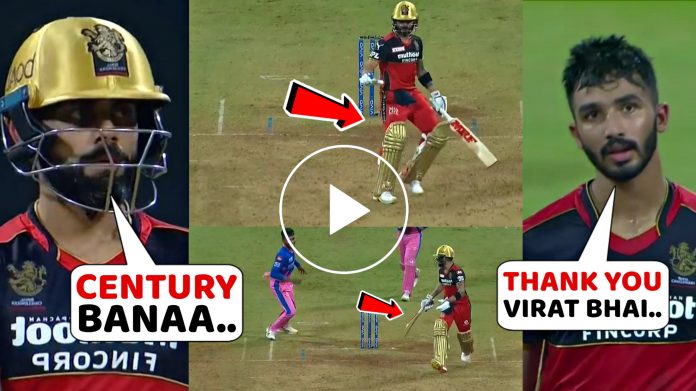 Devdutt Padikkal has been adjudged the, man of the match against Rajasthan Royals in their match, today. The left hander played an amazing match winning hundred as Royal Challengers Bangalore cantered to victory in 16.3 overs, without losing a wicket. Bangalore won by 10 wickets and 21 balls remaining. With this thrashing of Rajasthan, they came at the top of table. Now, Royal Challengers Bangalore have won all, of their four matches and are yet, to lose a match. 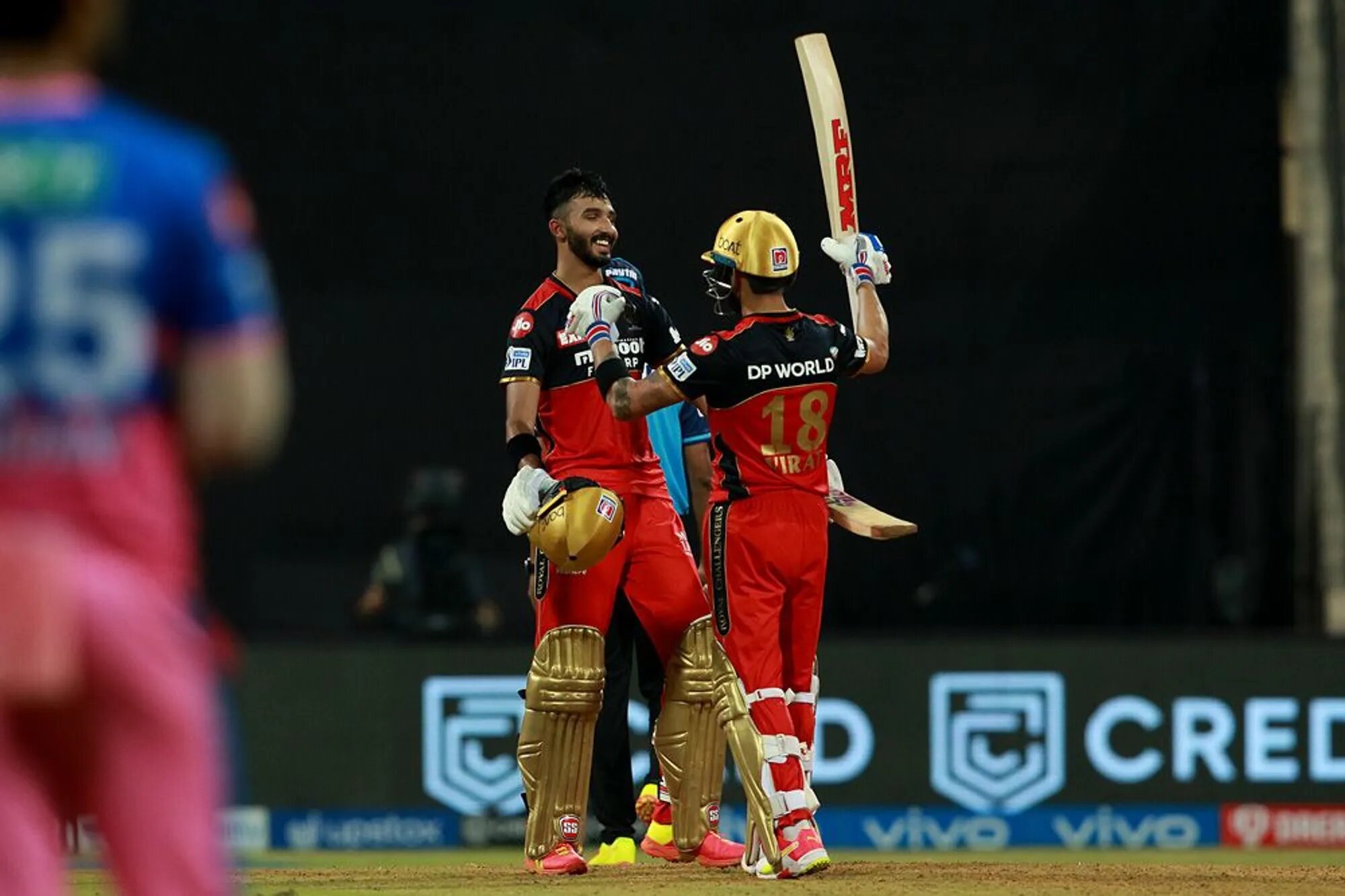 Earlier, Rajsthan Royals made 177-9 in their allotted 20 overs. The score was still competitive, but the way the openers of Bangalore, Kohli and Padikkal batted, it was dwarfed by a big margin.

However, an emotional and respectful event happened in this match. It was the sixteenth over, of the match and Bangalore required, a further 16 runs to win the match.

Bangalore was on the cusp of victory. Also, Padikkal was into his 90’s and was about to reach his 100.

On the fifth ball of the over, Padikkal took a single and reached 97. On the last ball of the over, Virat Kohli was on strike. Sakariya bowled, a short delivery to Kohli. Instead of trying to pull it over mid wicket for a six, Kohli just tried to clip it away for a single. Although, he failed and the ball, hit his body as it turned out to be a dot.

Kohli does a Dhoni

The reason, Kohli did not play a pull or hook shot to, the delivery was revealed later. Padikkal was batting on 97 runs and still, had 3 runs to reach his 100. Also, Royal Challengers required 7 more runs only. Had Kohli hit the short delivery for a four or a six, it could have been difficult for Padikkal to get to his 100.

With just 1 or 2 runs remaining for the victory, he could have tried to hit, a boundary and gotten him self out in trying to reach his 100. Kohli knew this, and so he gently appeared to take ,a single so that he can give the strike back, to Padikkal to hit his hundred.

It reminded the fans of that one moment which happened in 2014. MS Dhoni had similarly, played out a dot, to let Kohli finish the game. It was the semi final of the World T20, and Kohli had batted brilliantly in the match against South Africa.

Watch : check out who will Siraj replace in WTC Final

IPL 2020: 7 Star Cricketers Who Will Miss The Mega Event