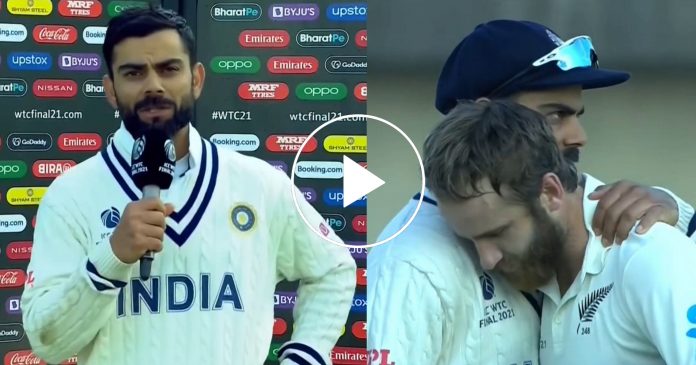 The Southampton test ended in a defeat for India. It broke the hearts of not only the players but also of their million of fans. The last time India won an ICC trophy was way back in 2013. Since then, the Indian team had performed brilliantly in evey ICC tournament of all three formats. However, some or the other way, they mess the things up at the last moment and lose the trophy. 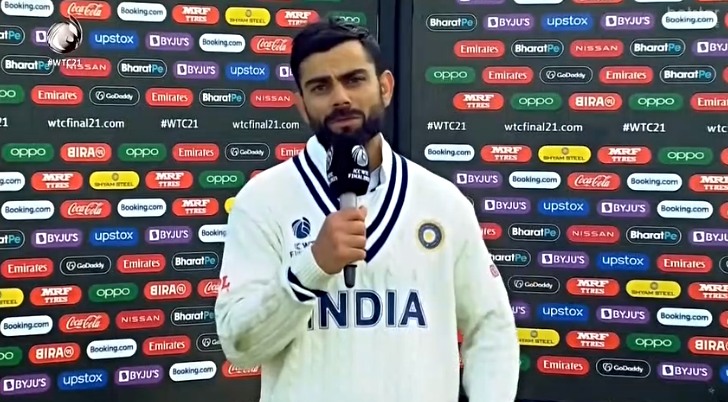 Even in the 50 over World Cup that was held in England in 2019, India were the favorites to win the trophy. However, they lost to New Zealand in the semi finals as the team failed to chase a modest score of 240 runs.

This was the reason why fans were expecting India to win the inaugural ICC World Test Championship. But yet again the Indian team under Virat Kohli lost the plot in the finals. Needless to say, the Indian captain was distraught after losing. It was a golden chance for him to lift the trophy as he is yet to win an ICC tournament. After the game, Kohli said:

“The first day got washed out, and when play resumed it was difficult to get any momentum. We lost only three wickets, but we could have got more runs if play had gone on without the interruptions. Today, the Kiwi bowlers executed their plans to perfection and pushed us back, and we were probably 30 or 40 runs short”.

Then Kohli was asked that why he did not play four fast bowlers like New Zealand did. To that Kohli replied :

“You need to have a fast-bowling allrounder for that. We’ve been successful with this combination in different conditions. We thought this was our best combination, and we had batting depth as well, and if there was more game time, the spinners would have come into the game more as well. It’s great for the game, the more the Test format is given importance, and the Test format is the heartbeat of the international format. We’re looking forward to the long summer ahead. We’ve got the squad and the quality to do something special.”