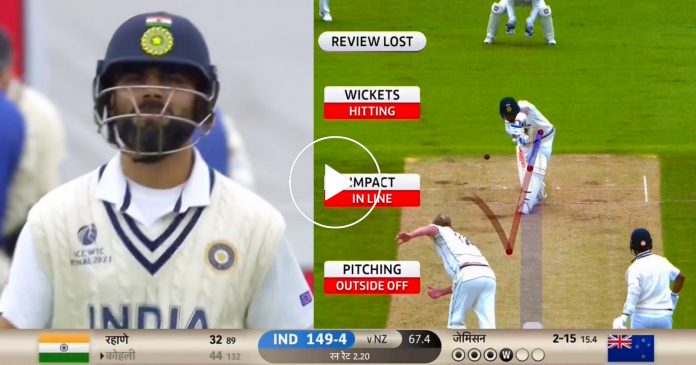 Indian hopes of making a score in excess of 300 has taken a massive hit in Southampton. They have lost a flurry of wickets on third morning of the India vs New Zealand test. The ICC World Test Championship final, billed as the ‘Ultimate Test’ is just into the second playing day but New Zealand has already stamped their authority on the match. 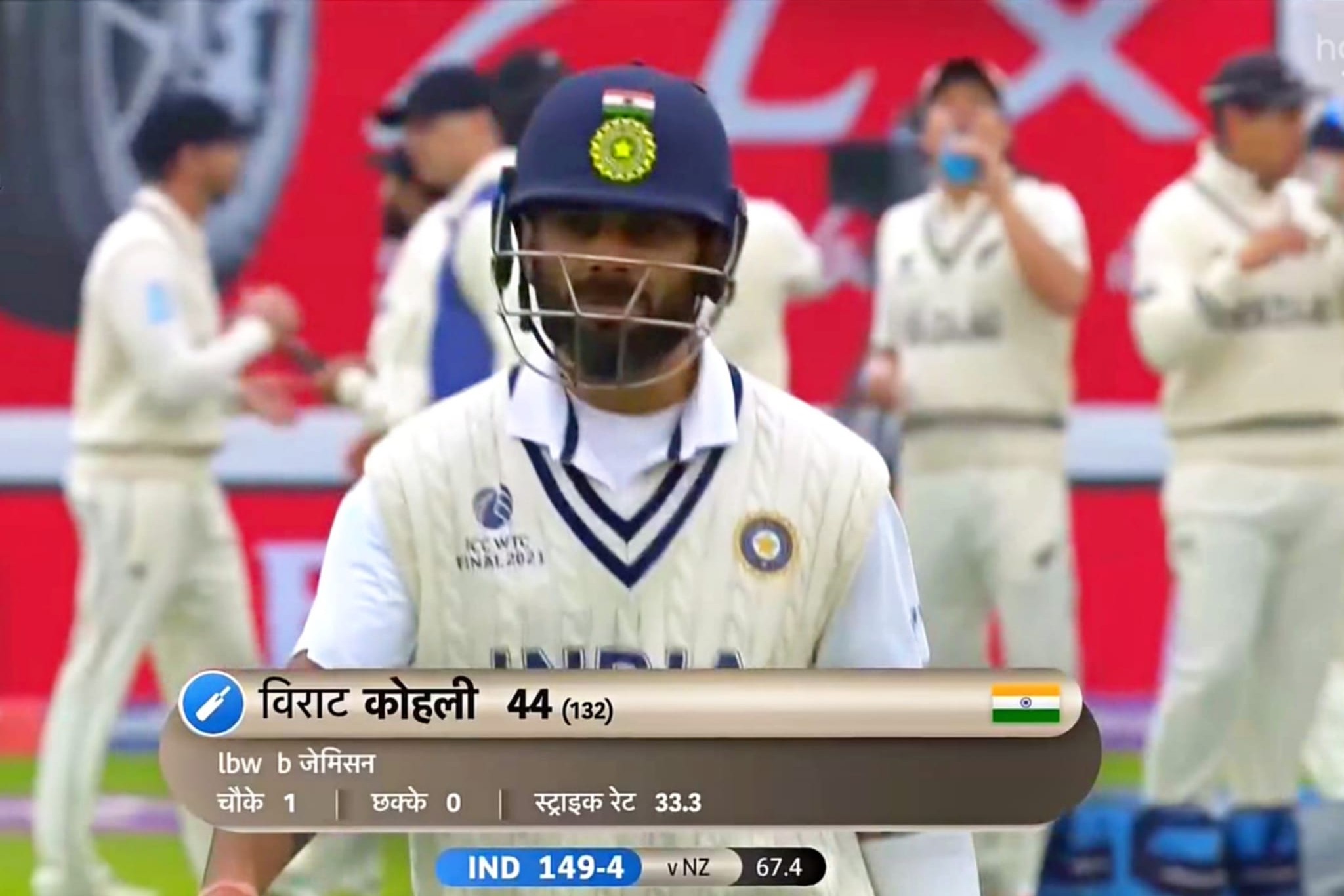 The first day was washed out and only half of day’s play was possible on the second day. Hence, the third day was scheduled to start 30 minutes earlier. However, the overnight rain meant that the conditions were not fit for an early start. Hence, the play was pushed back by half an hour.

Virat Kohli and Ajinkya Rahane were India’s batsmen who had remained not out yesterday and they came out to bat. For New Zealand, the pacers to start the proceedings were Trent Boult and Kyle Jamieson. Both the bowlers got their line and length straightaway and did not give India any sort of freebies.

The result of this tight bowling was shown as just 4 runs were scored in the first 5 overs. Moreover, India lost the crucial wicket of Virat Kohli as he was dismissed for a score of 44 runs. With him were gone the hopes of India making a score of 300, which the team was targeting. Also, the wait for Kohli’s 71st century in international cricket continued. His last international hundred came in Nov 2019 and since then, the Indian skipper is waiting for a hundred which has now eluded him for more than 18 months.

Kohli gets emotional after losing his wicket

It was Kohli’s 8th ball of the day when he lost his wicket. The 6’7 inch pacer Kyle Jamieson was bowling at his best and both the Indian batsmen were finding it hard to negate his bowling. On the fourth ball of the 68th over, Jamieson bowled a lovely full length in swing delivery at high pace to Kohli.

The Indian skipper was surprised by the amount of swing and tried to play all around it. Hence, the ball beat his attempted shot and rammed into his pads and the umpire deemed it OUT. Kohli went for the DRS but it was still considered Out and a shocked and emotional Kohli trudged off the field.

Watch the video of the dismissal: