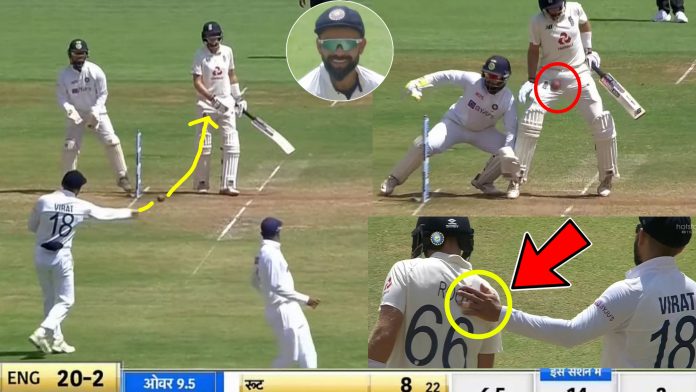 India are absolutely bossing the game in the fourth test at Ahmedabad. Starting the day with 89 runs ahead, India stretched their lead to 160 runs before being bundled out for 365 runs. Rishabh Pant made an astonishing century that left England totally flat and demoralized.

Washinton Sundar and Axar Patel too made genuine contributions to Indian innings as Patel made 43 before being run out. While the most heart breaking moment came when Washington Sunder was left stranded on 96 runs. He missed out on well deserved hundred as the rest of the batsmen around him totally crumbled.

Fans were expecting Sunder to register his maiden century as he had played beautifully, but the tail could not hang around enough.

For England, Ben Stokes was the pick of the bowlers as he took 4 wickets for 89 runs.

England off to a poor start

Trailing by 160 runs, England needed a strong start to their innings. However, this could not happen as one again the spin duo of Axar and Ashwin ran through England batting line up.

Both of them took 2 wickets each to leave England stuttering at 30-4. The highest scorer of the first innings Ben Stokes was out when he tried to sweep Axar Patel and was caught meekily at leg slip where Virat Kohli was stationed.

With Root and number 6, Ollie Pope at the crease England were trying hard to avoid innings defeat.

However, one moment arrived which attracted everyone’s eyes. During the 18th over of the innings, Axar Patel was bowling to Joe Root. The batsman played a defensive shot to the point where Kohli was fielding. He pounced on the ball and threw it back to the keeper.

As he threw the ball to the keeper, the ball bounced awkwardly on the pitch and hit Joe Root in the unmentionables, at the place where it pains the most.

Root grimaced in pain as Kohli ran to the batsman and offered him an apology. The two shook hands and exchanged smiles as the Indian captain patted the back of Root. The two then came back to their respective position as the play resumed.

This sporting moment was one to savor between the two captains.

What have you done @imVkohli