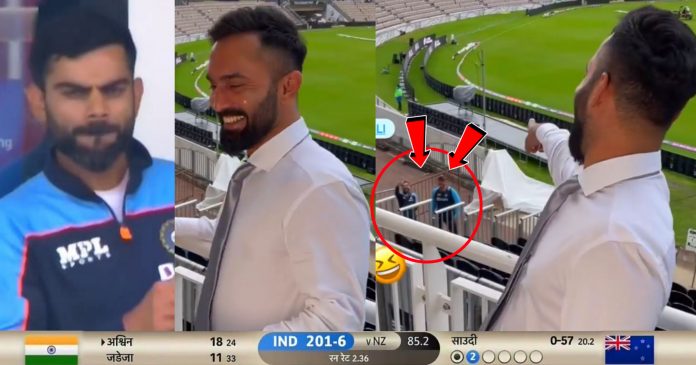 Another bad news for cricket fans awaited on the fourth day of the ICC World Test Championship also billed as the ‘ Ultimate Test’. The first session of the Southampton test has been washed out. Moreover the forecast for rest of the day is not great either. There are chances of recurring rain all day. Hence it means any kind of play looks highly improbable on the fourth day. 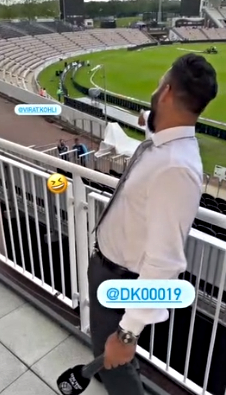 If the continuous downpour does not allow any play today, the chances that this test will give a clear result will take a massive beating. Moreover, there is probability of light rain over the next two days as well. That will undoubtedly affect the playing conditions tomorrow and day after tomorrow, which will be the fifth and sixth ( reserve ) day.

The third day ended with New Zealand making a score of 101 for the loss of 2 wickets in 49 overs. They now trail India by just 116 runs in the first innings with 8 wickets in hand. However, there are difficult batting conditions prevalent in Southampton. Consequently a collapse can happen anytime if the fast bowlers find their rhythm.

This was on display in the first innings. There, India had lost their last 7 wickets for just 68 runs in overcast conditions. Hence, the fourth day promised a mouthwatering contest between the two teams. But the rain has refused to relent. Hence, fans might have to wait for some more time before the cracking contest between Indian pacers and Kiwi batsmen is seen on the field.

Amidst all this gloomy weather updates, a funny moment was seen off the ground. India’s coach Ravi Shastri and captain Virat Kohli were walking towards their dressing room after checking the conditions of the field. Suddenly, Kohli saw Dinesh Karthik standing on the balcony of the Ageas Bowl stadium and screamed ” Hey Deano” in a funny way.

Both of them looked at each other and started laughing on that. Karthik acknowledged that by raising his thumb to Kohli. Actually, Dinesh Karthik is one of the two Indian commentators chosen to voice his opinion for the Final. The other one is Mr Sunil Gawaskar. These two are the only one present in England from India. While Gawaskar is a seasoned commentator, Dinesh Karthik has only recently started his commentary stint.

His introduction to this new field of cricket has been impressive as the feedback of fans shows. The way he pulls the legs of fellow commentators like Nasser Hussain is being loved by the fans. Even Harsha Bhogle tweeted in favor of Karthik that he is quite impressed with Karthik’s maiden commentary stint.