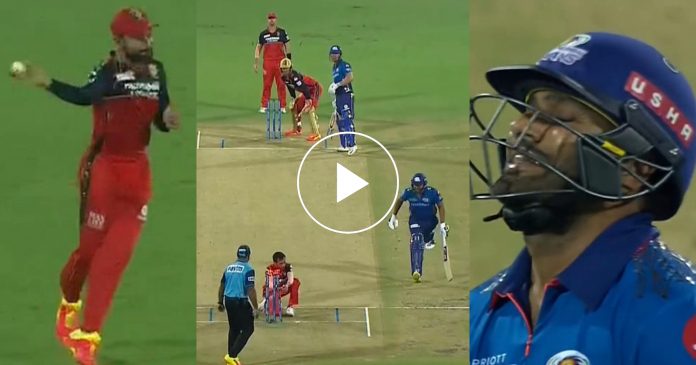 The IPL has begun at, Wankhede stadium in Mumbai. It is the fourteenth, edition of the IPL. Owing to the COVID restrictions, there will be no crowd at stadiums in this season, of Indian Premier League. All the matches will be played behind closed doors. The first match is, between Mumbai Indians and Royals Challengers Bangalore.

RCB captain Virat Kohli has won the toss, and elected to bowl first. For RCB, Glenn Maxwell, Kyle Jamieson are making their debuts. Meanwhile, Dan Christian is returning to the franchise after 8 years. The fourth overseas player for RCB, is AB De Villiers. Also, uncapped Rajat Patidar is, making a debut for Royals.

For Mumbai Indians, Chris Lynn and Marco Jansen are, making their debuts. Lynn is playing instead of Quinton De Kock while Jansen is, a towering South African fast bowler. He stands at 6’8 and is considered, an exciting prospect for his country.

Chris Lynn and Rohit Sharma opened, for Mumbai Indians. For RCB, Mohammad Siraj and Kyle Jamieson started the bowling. The start was a bit slow for the Mumbai. Both batsmen struggled to find any rhythm as the bowlers from RCB, were spot on with their line and length.

In the fourth over of the innings, Chahal was brought in to bowl, by skipper Kohli. Rohit, immediately countered him. Consequently, the batsman jumped down the track and slapped him over, long on for a six. However, that was just a short lived success by Rohit. On the last bowl of the over, it was a huge mix up between the two batsmen from Mumbai as, Rohit was run out.

It was a googly, from the leggie Chahal. The striker Lynn, defended it into the covers. Rohit saw this and immediately, started to run for a single. However, to his horror, he saw that Lynn is unmoved, and instead is calling him to go back. By the time this happened, Kohli at covers swooped upon the bowl, and gave an easy throw to Chahal who, broke the stumps easily.

Rohit was understandably disappointed, by the run out as he was just starting to look good. RCB celebrated their, first wicket of 2021 season as Rohit began, the long walk back to the pavilion.

Watch the video of Rohit getting run out here:

Watch Last Over of Punjab vs Rajasthan Nail Bitting Match 13 Runs Needed in...

Watch a controversial moment. Ben Stokes almost run out but given not out by...