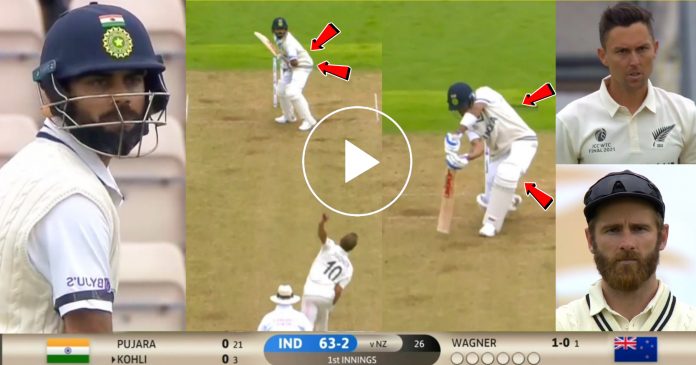 India and New Zealand have started on an eventful note in the finals of the much awaited ICC World Test Championship. The Indian team were put into bat after they lost the toss. On a seaming wicket helped by overcast conditions, both the Indian openers started on a cautious and firm note. They defended the ball in composite fashion. Moreover, they were helped by some ordinary bowling by New Zealand pacers. The new ball bowlers found it hard to control their line and length and targeted the pads of Indians. Hence, the openers found it easy to negate the bowling of Kiwis. 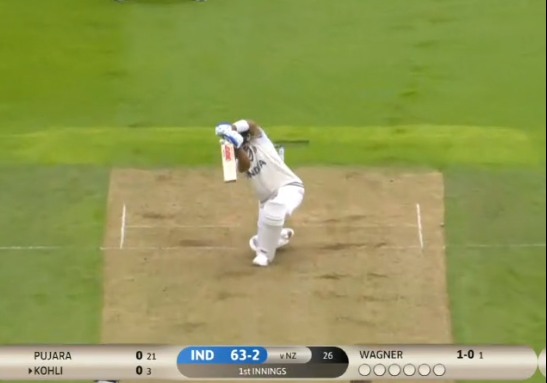 Both the openers added 62 runs for the first wicket. However, just when they were looking set, the duo were dismissed on quick succession. Rohit edged one to slips for 34 while Gill followed him soon at 28. He too was caught behind.

Cheteshwar Pujara had a difficult time in the middle. The number 3 batsman could not quite adjust with the conditions and kept defending balls one after another. His only 2 scoring shots were two fours which fetched him 8 runs. On his 54th ball, the right hander was dismissed on an incoming delivery of left arm swing bowler Trent Boult.

It was a typical Boult dismissal as he brought the ball back in and Pujara was beaten all ends up. Hence, the ball hit his pads and he was adjudged LBW instantly by the umpire. After that, deputy skipper Ajinkya Rahane joined Virat Kohli, who meant business from the word go.

The Indian skipper played some delightful strokes against a quality seam attack. He hit only one four, but that was a Kohli special. It was the 27th over of the innings and Neil Wagner came to bowl. On the very first ball of the over, left arm pacer did a mistake of serving a juicy half volley to Indian skipper. Accordingly, Kohli needed no second invitation.

He totally leant into the shot and out came an amazing drive that raced through the covers for a four. It was a delightful stroke that left even the commentators in awe. That shot signified that the Indian captain is more than ready for any challenge posed by New Zealand in the finals.