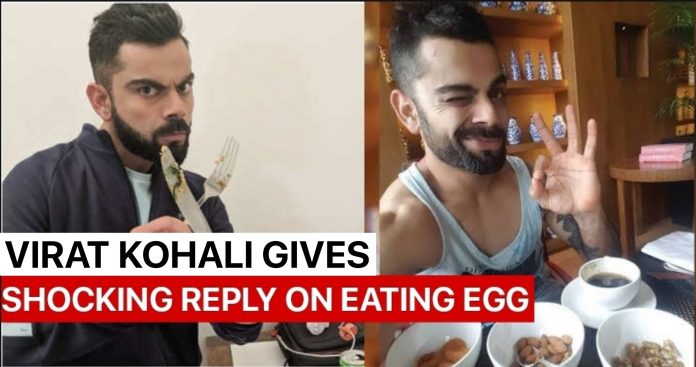 The Indian captain and talismanic batsman Virat Kohli is a hot property on social media. Due to his flawless performances on the field, Kohli has become the brand ambassador of Indian cricket. Even a small activity by the skipper results in a topic of discussion for his fans not only in India but across the world. From his professional career to personal life style, every step of Kohli is scrutinized on social media. 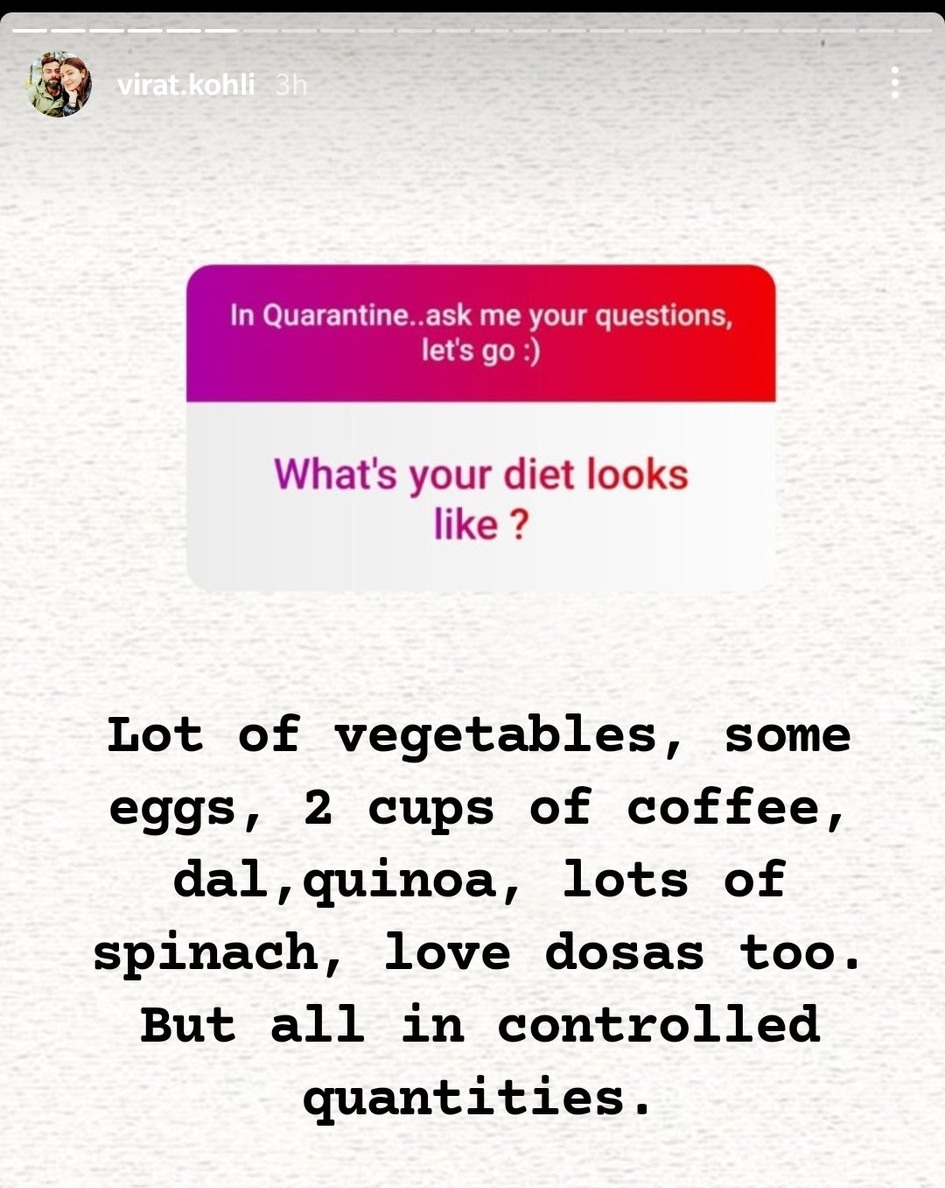 Now, Kohli has said something which has brought the limelight of fans again on him. Since the Indian captain is serving a mandatory quarantine before leaving for UK on 2nd of June, he was having a live Question and Answer session on Instagram. While the session was still on, one user asked Kohli about his diet chart. The reply from Kohli was a bit unexpected as he said – “Lots of vegetables, some eggs, 2 cups of Coffee, quinoa, lots of spinach, love dosas too. But all in controlled quantities.”

The interesting part about this answer was the claim that he eats eggs. This did not go too well with the social media users who reminded Kohli that he is ‘Vegan’. However that is also a result of confusion as Kohli never claimed himself to be a vegan but a vegetarian. In the year 2019, the Indian captain had confessed in a tweet that he has turned into a vegetarian.

“Saw game changers on Netflix. Being a vegetarian athlete has made me realise what I have believed all these years regarding diet was a myth. What an amazing documentary and yes I’ve never felt better in my life after I turned vegetarian.” Virat Kohli had posted this on his Twitter account.

Clarification by the Skipper

A lot of social media users got confused and said that how can Kohli eat eggs when he is a Vegan, since eggs are an animal products. After a lot of scrutiny and trolling by his fans over the statement, Kohli had to announce on his twitter account that he never claimed to be a Vegan in the first place. He wrote :

“I never claimed to be vegan. Always maintained I’m vegetarian. Take a deep breath and eat your Veggies (if you want).”

This explanatory sentence by Virat Kohli will no doubt clear the confusion amongst his fans and other social media users.

In the cricketing news, the Indian team under Virat Kohli will depart for UK on 2nd of June. They are scheduled to reach London on 3rd June where they will be placed under hard quarantine for few days. After a couple of negative COVID tests, the Indians can start their training for the lengthy tour of 4 months.

India will first play the finals of the World Test Championship from 18th June against New Zealand. Then, the Indian team will be involved in a test series of 5 matches against the home team England. The test series starts in first week of August and will finish in last week of September.

I never claimed to be vegan. Always maintained I'm vegetarian. Take a deep breath and eat your Veggies (if you want 😉)💪😂✌️