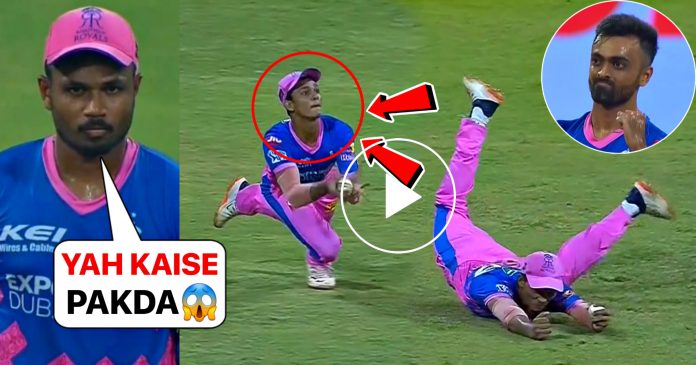 Rajasthan Royals have moved to sixth position, by virtue of an easy victory, against Kolkata Knight Riders. They thumped, Kolkata by 6 wickets and 8 balls remaining. Chasing the target of 134 runs, Rajasthan knocked off the target in 18.4 overs. 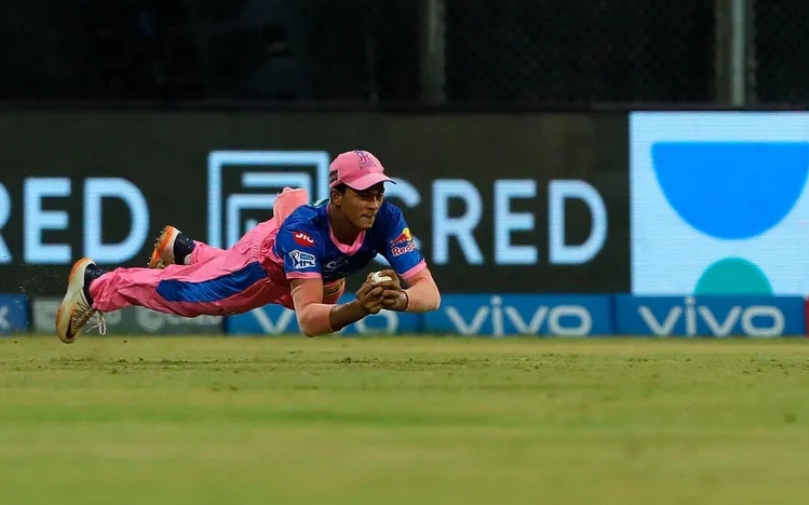 Captain Sanju Samson played a good innings of 42 in 41 balls. It contained 2 fours and a six. Shivam Dubey and Yashasvi Jaiswal made 22 runs each, as they chipped in with valuable contributions for their team.

Earlier in the day, Kolkata made 133-9 in 20 overs. The big stars like skipper Eoin Morgan and Andre Russell disappointed with the bat. Morgan made a diamond duck, as he was sent back to the pavilion when he was run out without facing a ball.

Also, Andre Russell who smashed few sixes in last game, could not show the same form in today’s game. He was out after making, just 9 runs in 7 balls.

In between this, one moment came in the 10th over of the innings of Kolkata, which was appreciated by everyone for its brilliance.

The moment was of Yashasvi Jaiswal taking a brilliant catch of Sunil Narine. The bowler was, Jaydev Unadkat and he was bowling to Narine, who batted at number 4. Unadkat delivered a short ball to Narine, who duly hooked the ball.

However, the timing was not up to the mark, due to the lack of pace on the ball. The shot only went in the air, towards the square leg region. The fielder placed there was, Yashasvi Jaiswal. He had earlier dropped an easy catch, in the fourth over off, Shubhman Gill.

So naturally, he was under pressure while going for the catch. The fielder although, did not disappoint as he ran in quickly, dived full length and took the ball just inches of the ground. It was a sensational effort and very similar to the catch that, Hardik Pandya took earlier in the tournament.

Everyone was stunned to see that level of commitment from the youngster, Jaiswal. He too was quite happy after taking the catch as it was, redemption time for him, after he had dropped a much easy catch.