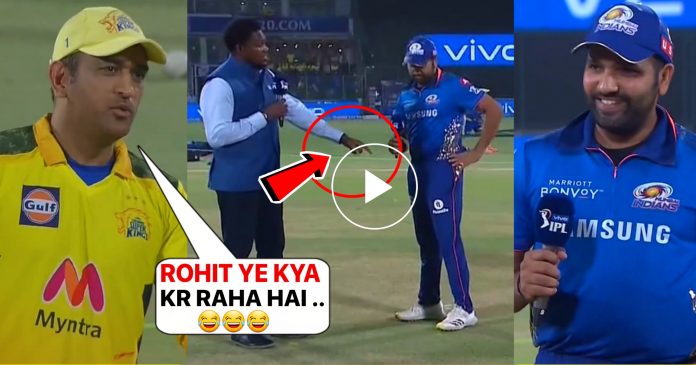 Chennai Super Kings are facing Mumbai Indians in one of the biggest clash of Indian Premier league, season 2021. Both the teams are most successful teams of IPL and any match between these two is highly sought after. The match is held in Arun Jaitley Stadium, Delhi. 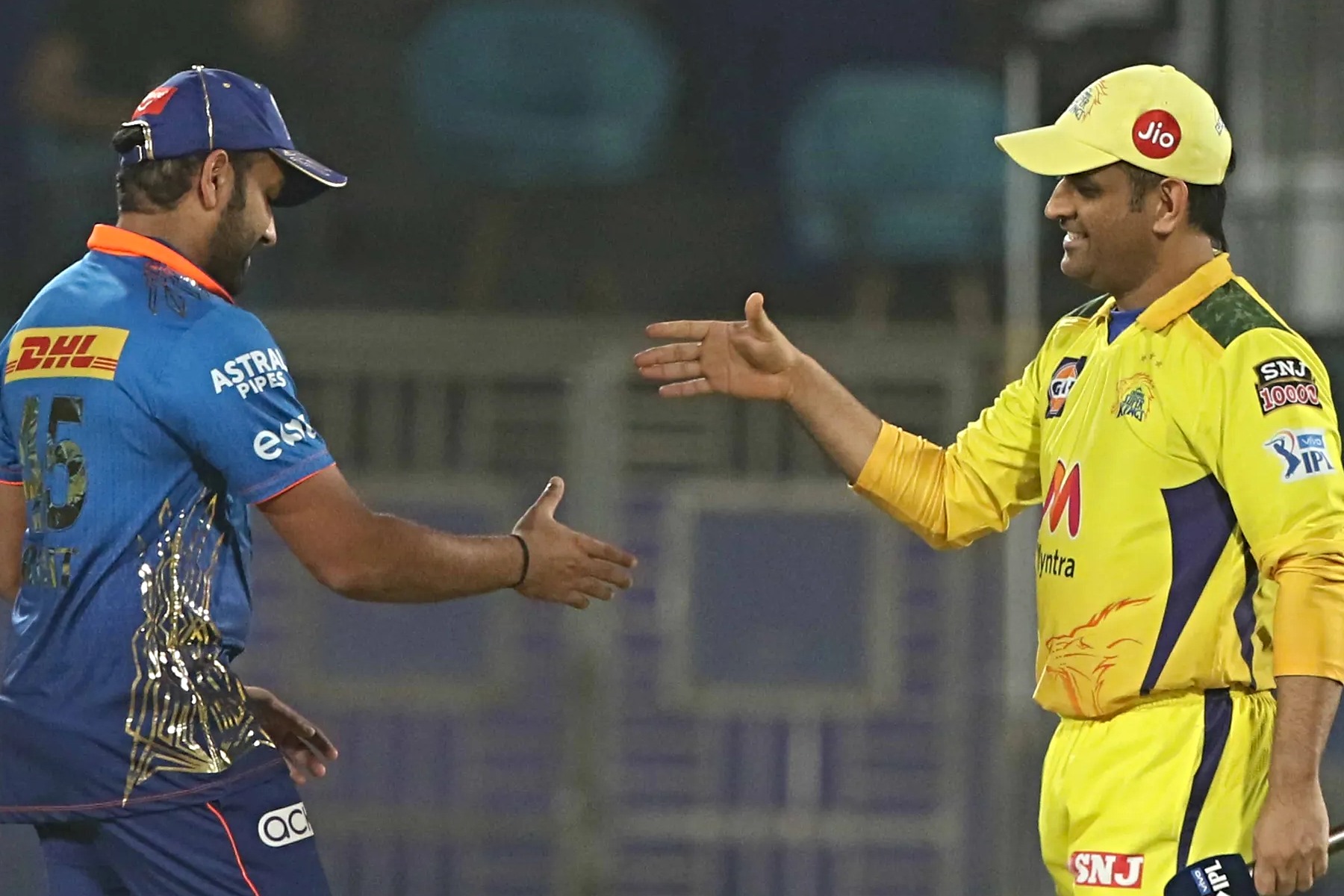 Rohit Sharma and MS Dhoni are the captain of their respective sides, Mumbai and Chennai. There are two changes for Mumbai Indians. Nathan Coulter-Nile is out and in comes Jimmy Neesham. Also, Dhawal Kulkarni comes in place of Jayant Yadav. Chennai Super Kings are playing with the same side.

Currently, Chennai are the table topper and would like, to continue their dominance at the top. Mumbai will look to consolidate their position, in the points table They too had won the last game.

Rohit Sharma won the toss and elected to bowl first. He said that the Arun Jaitley stadium, is a small ground and chasing, is a better option.

Funny moment at the toss

An interesting moment happened at the toss, when Rohit Sharma and MS Dhoni were  standing for the toss. Rohit Sharma flipped the coin so high, that it went into a different direction. After that, when the match presenter asked, Rohit Sharma about his decision, he went too close to the match presenter. Then, he had  to intervene, and inform Rohit Sharma that he has to stay there only, and maintain a distance of at least 6 feets. Rohit gave a wry smile and apologized for the mistake.

The openers for Chennai Super Kings were Rituraj Gaikwad and Du Plessis. Chennai needed a solid start but unfortunately for them, it did not happen. Gaikwad was dismissed on the fourth ball of the first over at the score of 4 runs.

Trent Boult dismissed him when he tried to flick a delivery into the leg side, but the leading edge went for an easy catch to Hardik Pandya at point.

Moeen Ali came out to the number 3 and along with Du Plessis, they need to form a partnership. Also, Chennai Super Kings will be targeting a score of more than 180.

Watch the video off the toss moment here: