In a shocking upset in international cricket, Zimbabwe has defeated Pakistan by 19 runs. The match was played in Harare and was the second T20, between the two. Pakistan, had won the first game in a close finish. However this time around, Zimbabwe managed to turn over the visitors with some spirited bowling. 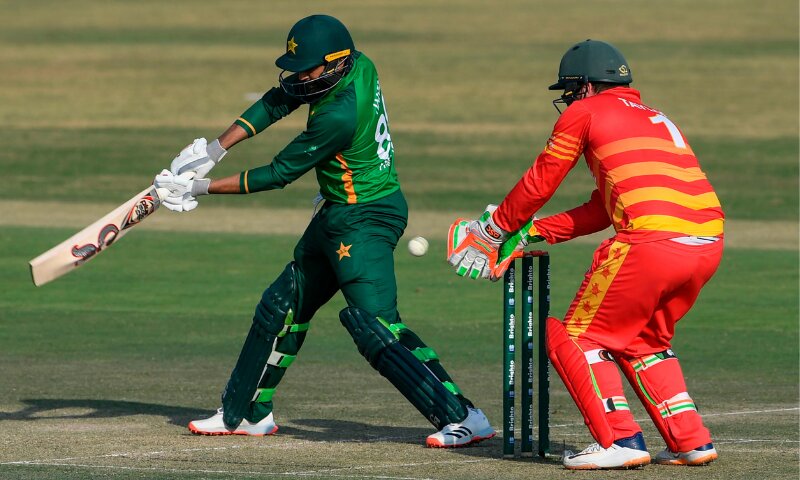 This was Zimbabwe’s first victory, against Pakistan in 16 attempts. Also, this is the first time that they have won a match, in Harare since 2016. At that time, they defeated India.

The pitch was a slow surface. Hence, in a surprising gesture, Pakistan’s skipper Babar Azam elected to field first. The opener Tinashe Kamunhukamwe, top scored with 34 runs in 40 balls. Except him, every batsman of the Zimbabwe team struggled, with the disciplined bowling of Pakistan.

In the end, the wicket keeper Regis Chakabwa and Tarisai Musakanda, made a quick 18 and 13 runs respectively. They dragged the score of Zimbabwe to 118-9 in 20 overs. For Pakistan, Mohammad Hasnain was the pick of the bowlers. He took 2 wickets and gave, just 19 runs in his 4 overs.

Pakistan all out for record low!

Chasing 119 runs was not difficult for Pakistan, even it was a slow surface, as the bowling of Zimbabwe, was totally inexperienced. However, except the captain, Babar Azam who made 41 runs in 45 balls, none of the Pakistani batsmen could stay at the wicket. Azam who opened the innings, fell at the score of 78 runs and from there on, Pakistan’s batting suffered a shocking collapse.

They lost their last 7 wickets for just 21 runs, as the Pakistan team was bundled out for a paltry 99 runs, from the score of 78-3.

Only three batsmen from Pakistan could reach the double figures, in a pathetic batting display. The veteran Mohammad Hafeez, who is into his 20th year of international cricket, could make just 5 runs as the team crumbled like a pack of cards.

For Zimbabwe, it was a collective bowling effort as everyone, bowled nicely. But still, it was Luke Jongwe, who did the maximum damage to Pakistan. He picked up 4 wickets for just 18 runs in 3.5 overs and made the opposition batsmen dance to their tunes. For this reason only, he was awarded the man of the match.

Watch: Rishabh Pant Hits Six Out of Stadium Against KKR In Sharjah