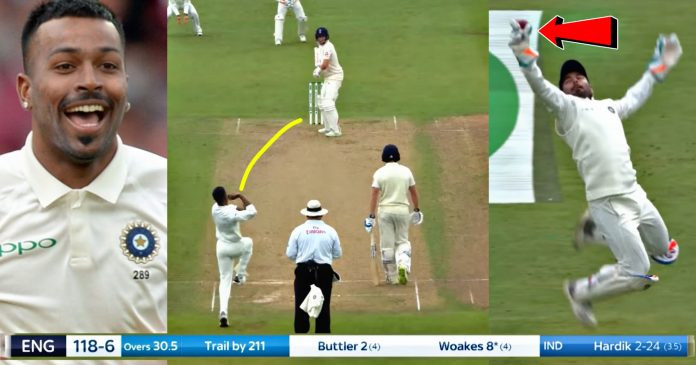 Hardik Pandya has evolved as a proper all rounder that the fans hoped for over the years. Since his debut in 2016, Hardik Pandya was able to win matches for India across all formats.

But injuries seem to have taken toll on his body in the last couple of years. He had to undergo shoulder surgery in late 2019 and was mainly sidelined for many months. However, Hardik Pandya came back strongly into national team after an impressive IPL 2020.

It is not completely likely he will get any matches especially since the matches are played in India. But he could play vital role when India tour England in summer this year. He has shown brilliance when India toured England in 2018.

In overseas conditions, Pandya can effectively be used as a fifth bowler. India have benefitted from this against England during the third test. Despite having shown his brilliance with the bat, Pandya can be quite a feisty bowler on his day.

The third test at Nottingham witnessed Pandya’s brilliance. India batted first and posted a decent 329 on a tricky wicket. But hosts England did not have any answers to Pandya’s bowling.

Coming late to bowl, Pandya was able to take wicket almost every over he bowled. He was able to get late swing on the ball and got some crucial wickets. Joe Root and Jonny Bairstow were dismissed in slips.

Pandya then cleaned up the tailenders quite easily by picking the wickets of Adil Rashid, Chris Woakes and Stuart Broad. This spell gave India important advantage as they dominate second innings and won the match comfortably by 203 runs.

Pandya is hoping to get some match practice before going to England in summer. It is highly unlikely he could feature in the first two tests because of his long layoff. But he will be getting used to test cricket again.

India are set to face England in a four match test series starting February 5th. A win in this series will reinstate India at the top of test rankings.

Watch MS Dhoni hitting out of The Stadium sixes in Practice Match for IPL...