Ishant Sharma is a veteran of more than 100 tests. Starting his career in 2007, he was ridiculed early in his career for being ineffective. Poor performances over a long period of time did not help his cause either. Hence, after playing close to 70 tests, his bowling average hovered around 37 which was a horrible one for an specialist bowler. 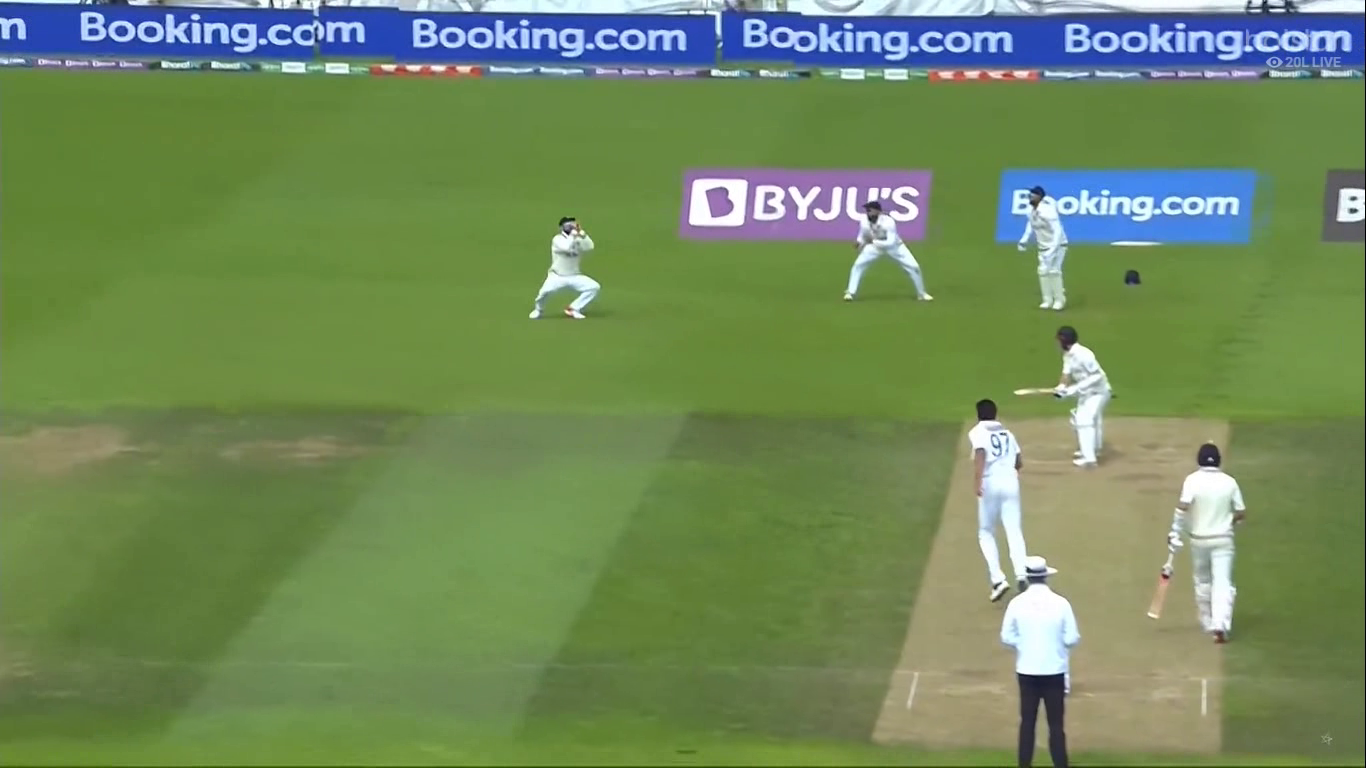 However, in the last 4 years, Ishant has gradually improved. His wicket taking ability increased as did his pace. Moreover, he got his line and length right which resulted in economy rate turn miserly. Hence, he is now a complete fast bowler and one of the world’s best.

In the Southampton test, Ishant led India’s attack by example. His partner Jasprit Bumrah seemed off color as he failed to take a wicket, so the bulk of workload was shared between Ishant and Shami. The two pacers combined to bail India out of trouble as they took 7 wickets between them. While Ishant picked up 3 wickets, Shami collected 4 wickets.

The veteran’s seamer first wicket was of Devon Conway. He made the opener play a false shot and got his wicket when Shami took the batsman’s catch. Henry Nicholls was his second victim earlier in the day when he edged one to slips where Rohit Sharma took a smart catch to dismiss him.

Ishant gets main wicket of Kane!

However, Sharma’s most important wicket was of New Zealand’s skipper Kane Williamson. The number 3 batsman was proving hard to dislodge as Indian bowlers kept making inroads around him. But Williamson was dragging Kiwi’s score to India’s total. That is when Ishant intervened.

It was the last ball of the 94th over. The New Zealand captain was batting on 49 and was totally set at the crease. Moreover he was batting with Tim Southee who is a tail ender. As soon as Ishant delivered the ball, Williamson decided to guide the ball through third man. However, the ball bounced more than he expected. Hence, it took the outside edge and flew straight to gully.

The fielder stationed at gully was none other than Virat Kohli. Consequently, he jumped at just the right time and plucked the ball out of air with both hands. As a result, Williamson was dismissed for a score of 49 runs and New Zealand had lost their most important wicket.

Watch : Rishabh Pant emotional statement about Dhoni before the Final.