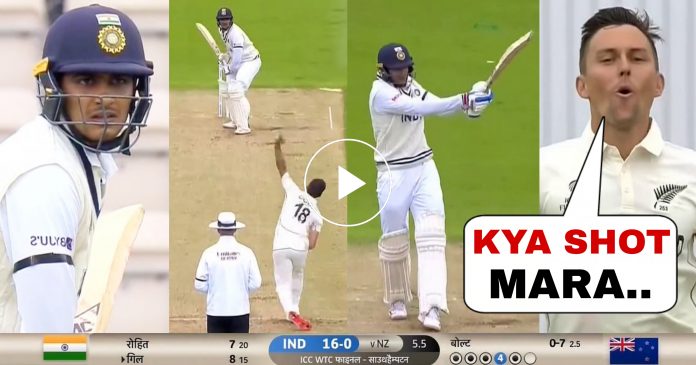 India have got off to a decent start in the final of the world test championship vs New Zealand. At lunch, India are at a score of 69-2 in 28 overs. The captain Virat Kohli and Cheteshwar Pujara are batting for India at individual scores of 6* and 0*. Both openers, Rohit Sharma and Shubhman Gill were the two wickets to fall as they were gone after getting set. 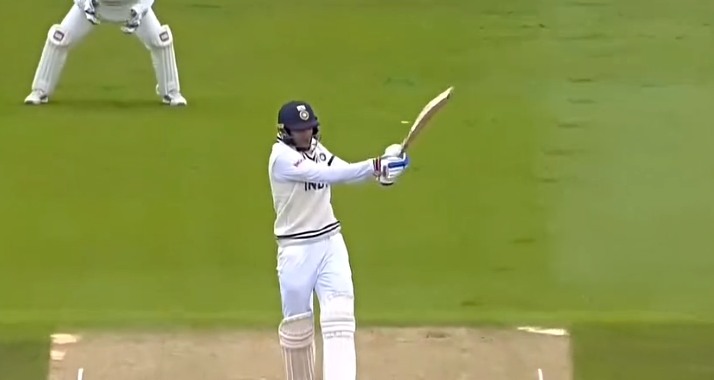 The Indian openers added 62 runs for the first wicket and gave India a good start. They not only negated the new ball but also scored runs at healthy pace. It was Kyle Jamieson who broke through the opening pair when he got Rohit Sharma dismissed in the slips cordon. He scored 34 runs in 68 balls.

It was a a full ball and Rohit decided to blunt the ball. However, the ball swung late as it took the outside edge and settled into the hands of Tim Southee. He took a brilliant catch diving to his left as India lost the first wicket. Rohit was looking in great touch until that ball and his wicket set India back a little bit.

The next wicket to fall was of Shubhman Gill. He became a victim of Neil Wagner in the 25th over. India’s score at that point of time was 63 runs and Gill was up against left arm pacer Wagner who was bowling his first over. The third ball of the over was a full length delivery. Hence, Gill’s eyes lit up and he tried to push the ball through off side. However, the ball took the outside edge and settled in to the hands of wicket keeper BJ Watling. It was an easy catch for the veteran keeper. Gill made 28 runs before his dismissal.

Amidst this, one shot which the youngster Gill played stood out. It was against Trent Boult in the 6th over of the innings. On the fourth ball of the over, Boult decided to test Gill with a short ball. However, the batsman was more than ready for it. He quickly went on to the backfoot and crunched a pull shot, right off the middle of the bat.

The shot was the first four of the Indian innings and got the batsmen up and running.