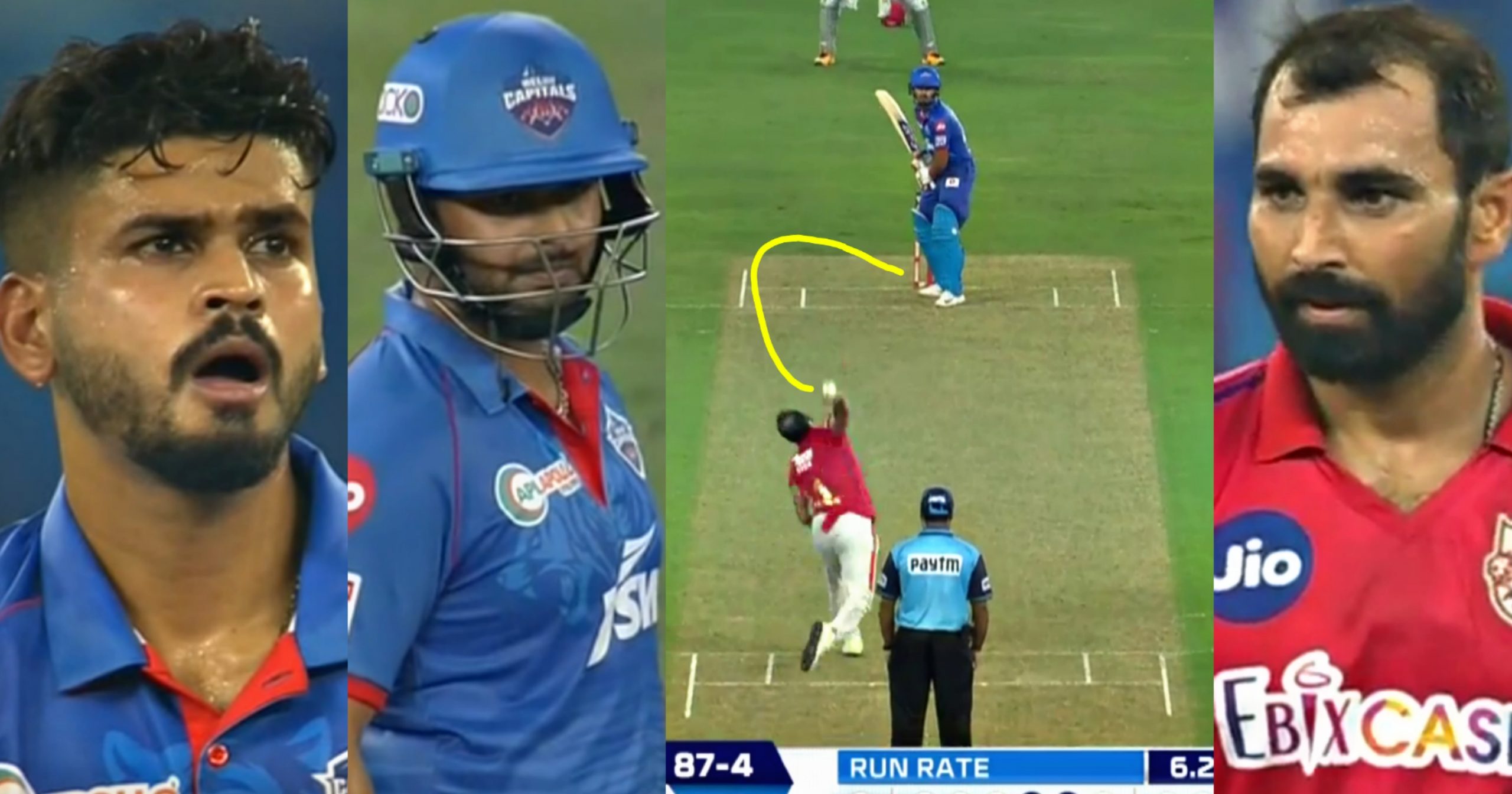 Mohammed Shami has announced his arrival with some style in IPL 2020. Having not played any cricket over last five months, the pacer was on stellar form when Kings XI Punjab faced Delhi Capitals on Saturday.

He wrecked through the top order in the powerplay overs as he dismissed both Shimron Hetmyer and Prithvi Shaw. The 30-year old has used his bouncer to great effect in the opening spell. Youngster Prithvi Shaw could not handle the pace of Shami when he tried to smash it over mid wicket.

The ball bounced more than expected and Shaw was caught near mid wicket region. He was out for a paltry 5 as Shami got an important wicket at a crucial time. However, during the same over he managed to dismiss Hetmyer as well.

Hetmyer was simply done for pace of Shami on this occasion. The batsman did not have react time as ball simply skid off the pitch. Shami presented a straight seam and the ball did its magic for the wicket of Hetymer. The batsman could manage to only poke at the ball. He was caught at silly cover point.

Meanwhile, Shreyas Iyer and Rishabh Pant started to repair the early damage caused by Shami. The duo managed to put on a very good partnership. But again when KL Rahul needed a wicket, he went back to his premier bowler, Shami.

The Punjab seamer once managed to pick out the important wicket of Shreyas Iyer. The captain of Delhi Capitals looked in fine touch during his innings. He was getting into that hitting zone as Delhi needed to up their scoring rate.

Iyer tried to hit Shami over mid off as the fielder Jordan was inside the circle. However, he failed to get the expected result as the bat turned in his hand. Jordan picked out a simple catch as Iyer departed at a crucial juncture. All in all, Shami was impressive in the first match of IPL for Kings XI Punjab.

He could be their match winner in the upcoming matches again and oppositions need to be careful against him. Here is the complete wickets highlights of Shami’s 3/15.

Marcus Stoinis managed to score an impressive fifty in just 21 balls. His knock helped Delhi Capitals to a respectable 157 in their 20 overs. Considering the two paced nature of the wicket, the target looks very good and it will be an exciting match.

Kings XI Punjab top order needs to click if they want to have an important victory in their first match of IPL 2020.