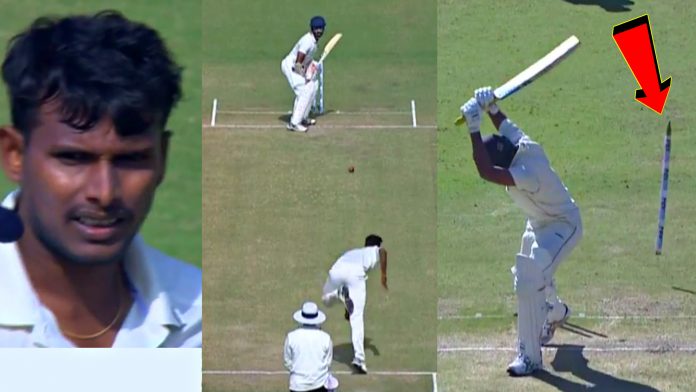 T Natarajan has been the name that’s making rounds in Indian cricket in recent months. The talented pace bowler has finally proved his potential in IPL 2020.

His bowling so impressive, that he earned a name for himself amongst cricket fans already. His incredible consistency to hit yorker length has helped Sunrisers Hyderabad immensely in IPL. His exploits earned him a national team call up. Originally planned to be part of T20 squad, Natarajan was drafted into ODIs after injuries.

He did impressively well on his international debut against Australia during third ODI. Natarajan carried the form into T20I series and finished the series as highest wicket taker. He looked like a leader and did brilliantly despite the absence of Jasprit Bumrah.

After the end of T20I series, BCCI held Natarajan back as an emergency back up. The left hand bowler has been playing active role in India’s practice sessions. Mohammad Shami and Umesh Yadav are ruled out for the rest of the series. This opened up a window for other bowling contingent.

Mohammad Siraj grabbed the chance with both hands and impressed at Melbourne. Natarajan could be next in line to make his debut in Sydney this week.

Since we all know how good a bowler Natarajan is in shortest format, here is an exclusive bowling clip of his 5 wicket haul against Madhya Pradesh.

This match was played in December 2019 and it is pretty much the last action of Ranji Tophy before Corona crisis hit India badly. The lanky pace bowler was brilliant with his swing as he got the ball to move waywardly. This caused batsmen lots of problems as they could not read the line.

Navdeep Saini is amongst the five players who allegedly broke bio bubble rules on New Year day. He is currently isolated away from the team. His participation in Sydney is not yet clear. This could mean Natarajan might get a chance in third test.

The rise of Natarajan is phenomenal when you consider not many has known him three months ago. However, the road to success for him has been tough.

The hardships he went through to reach the Indian team in commendable. The third test against Australia will begin on January 7 in SCG, Sydney.

Watch : Emotional moment of Pat Cummins as he re unites with his pregnant...