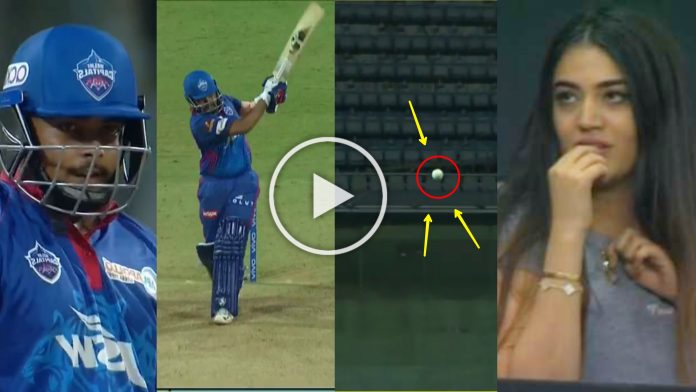 Prithvi Shaw has been in circles of Indian cricket for many years now. He was a teenager prodigy and marked as the next big thing of Indian cricket. After debuting in 2018 vs West Indies, he hit a century in his first match itself. A century that fastened his comparison with the great Sachin Tendulkar.

However, soon his form fell away. He was dropped from the team after a disaster of a first test in Australia. His technical problems surfaced and he was shunted out of the test team all together.

After getting dropped from the team, Shaw went back to domestic cricket. He played for Mumbai in Vijay Hazare trophy and set the stage on fire. The little batsman from Mumbai amassed close to 800 runs at an average of 185!

Post that kind of display, all eyes were set on him in this year’s IPL. Last year, Shaw had a modest outing in the IPL. His form tapered off after starting brilliantly. This time though, it appears Shaw is more than prepared.

In the first game of Delhi Capitals, Shaw showed that his form in the Vijay Hazare trophy was no flash in the pan. The diminutive batsman smashed a breathtaking 72 in 38 balls and put Chennai bowlers to the sword. He whacked 9 fours and 3 sixes in all before holding out at covers.

Shaw and Dhawan opened the innings of Delhi Capitals. A target of 189 is what Chennai was chasing. On a small ground like Chinnaswamy, this wasn’t too big a task. However, the way Shaw just blasted his way, any target would have been low for the capitals.

On the second ball of the first over, Shaw smashed a boundary. An over later, again he targeted the same bowler by thumping him for a six over mid on. Hence, boundaries started to flow as Shardul Thakur bore the brunt of him.

He was hit for three consecutive boundaries in the fifth over as Shaw raced to 31 in 15. His second six came against Jadeja who was hit over long on. Consequently, Shaw completed his 50 in just 27 balls when he spanked Moeen Ali for a four.

Again Ali got bashed for third six by Shaw as he hit one over  square leg. The next ball was also a boundary. Just when it appeared that he could hit a century, he mistimed one off Bravo and the catch was taken at covers.

Watch the innings of Shaw here:

Watch Dhawan misses out on 100. Punishes Chennai with his innings