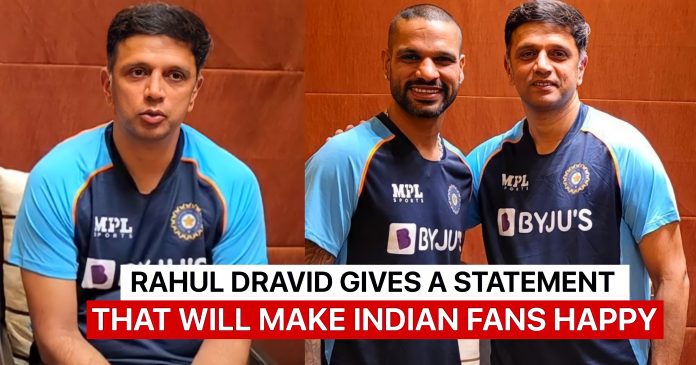 It was a heartbreaking loss for India in the finals of World Test Championship against New Zealand. Now moving on, the Indian cricket team fans are waiting for another tournament to begin. This series will be played by another Indian team that can be regarded as a B team. It will be a mix of rookies and some seniors who are limited overs specialist.

The main set of players are busy in England waiting for a test series of 5 matches. Consequently other set of Indian players will be playing a short limited overs series in Sri Lanka. Team India led by Shikhar Dhawan is scheduled to contest against the hosts for limited overs series. That consists of two series of 3 ODIs and 3 T20s each.

The head coach for Indian team on this tour will be Rahul Dravid. Classified as one of the all time greats in the Indian cricketing circles, the coaching job for him is not new. He has been the head coach for both India U-19 and India A teams from 2016 to 2019. Moreover, under the coaching of former Indian great, both India A and Under 19 teams had a resounding success.

Great success for Dravid as a coach!

While the A team won many overseas tours, the Under 19 team were the runners up at 2016 edition of the world cup. Moreover, they won the 2018 edition without any hiccups. Currently, Dravid is the Director of Cricket Operations at National Cricket Academy, Bengaluru.

On the eve of departure for the Sri Lankan tour, Rahul Dravid addressed the press conference as coach of India for the first time. When asked what does he expects from this series, Dravid said – “There are a lot of people in the squad who are pushing for places ahead of the T20 World Cup coming up. But the key goal, and we’ve had discussions around it, is to try and win the series”.

No compromise with results, says Dravid!

“Winning the series is the primary objective. Hopefully people can get the opportunity to put in some good performances in the course of us trying to win the series. Hence, they will give themselves the best chance of knocking on the doors of the selectors”.

Then the coach was asked if this series would have any impact on the selection for upcoming World T20. To that, he said – Whether they get selected for the T20 World Cup or not, that’s a call the selectors will take. However, being on a tour like this and playing against an international quality opposition, if you’re able to put a marker and show the ability to do it at this level, the selectors will start to take note. But by no means is it a life and death kind of a situation. It doesn’t mean if you don’t have a good tour, you won’t make it, or if you have a great tour, you’ll be an automatic pick. There’s a lot that goes into it.”

Meanwhile, the Indian team will land in Sri Lanka on Monday in the wee hours. While most of the senior players are missing, the limited overs specialist players will be there in Sri Lanka. This includes Shikhar Dhawan, Bhuvaneshwar Kumar, Hardik Pandya and Yuzvendra Chahal. The tour starts from 13 July with an ODI and will finish on 25 July with a T20.

Watch: Tewatia Hits Five Sixes In An Over Against Kings XI Punjab