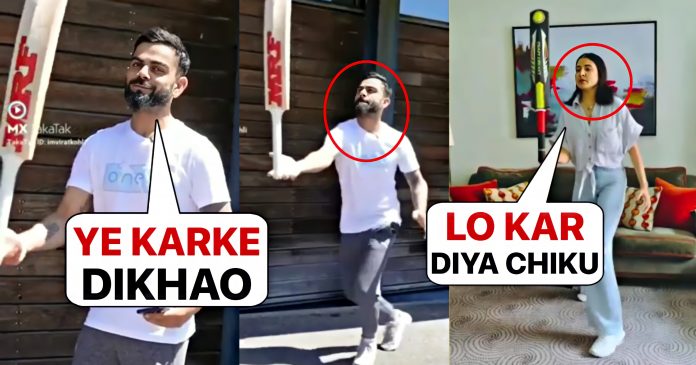 The Indian team is getting ready to play a test series of 5 matches against England. This series will mark the beginning of second World Test Championship which will be in cycle till 2023. After India lost the Final of first ICC WTC, they will look to start the second one in style. On the other hand, England too will look to win the series and gain early advantage in the WTC so that they can pip their oppositions for the race to finals.

Currently all the Indian team members are out of bio bubble and enjoying their time in England. A 20 day break is being give to them so that by the time they go into bio bubble from 14 July, they are totally refreshed. The first test starts from 4th of August at Trent Bridge, Nottingham.

Meanwhile in a setback for India, the scheduled opener Shubhman Gill is out of the test series after injuring his calf. It could take him close to two months to recover from the injury. Hence his participation in the series looks doubtful. In his absence Mayank Agarwal is all set to get a chance to open the innings with Rohit Sharma.

Since all the players have taken a break from cricket, they are involved in other activities. While the players with families are spending time with them, the players without families on tour are having a tour of England. Also, some are doing funny activities on social media and entertaining the fans.

In a similar case, Indian captain Virat Kohli and his wife Bollywood actress Anushka Sharma are seen playing a funny game. Anushka Sharma has posted a video on her Instagram account in which she is doing an act of bat balancing with her finger tip. In the other frame of it, Virat Kohli was also doing the same. Moreover both of them managed to do the balance pretty effectively.

The video posted by Anushka had the following caption : I had fun doing the Takatak #batbalance challenge with @Virat.Kohli. You too show us your skills by participating in the bat balance challenge on the mxtakatak app now!