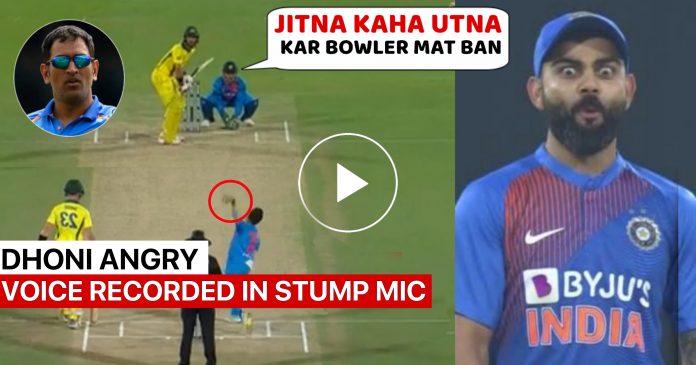 Mahendra Singh Dhoni is the best wicket keeper batsman India has ever had in their cricket history. His records as a batsman and as a captain needs no mention. During an international career that spanned for 15 years, Dhoni created an aura of his own. Moreover, he was equally great behind the wickets too. Consequently, Dhoni holds the record for most stumpings as a wicket keeper in international cricket. 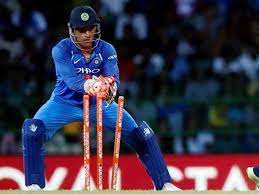 One other aspect of Dhoni as a wicket keeper was his witty one liners and funny anecdotes. It would be directed at his fielders or bowlers and also against opposition batsmen. Moreover, he predicted the upcoming shot of batsmen and more often than not, it would prove true.

We take a look at some of the similar funny statements from Dhoni.

This was the third ODI between India and New Zealand. The latter were the host of the match. They were batting first and had crumbled to 157-9. As the last pair of Tim Southee and Trent Boult were at the crease, Kuldeep Yadav was brought into bowling. Just before the last ball of the over, Dhoni said to Kuldeep – Idhar se daal sakta hai. Ye aankh band kar ke rokega. ( You can bowl from over the wicket. He will defend it with eyes closed).

As predicted by Dhoni, the batsman Trent Boult defended it. However, he edged it and the ball went straight to slips where he took the catch. Hence, the New Zealand team was all out for 157 runs.

Here, Dhoni was asking Ishant Sharma that if he needs an extra fielder in 30 yards. New Zealand was hosting India and the right hand pacer was bowling at full tilt. Seeing this, Dhoni asked his bowler if he wants more attacking field for him and he hasn’t got any problem with it.

India was playing against Afghanistan in Asia cup. Kuldeep Yadav was asked to bowl to the Afghan batsmen. But, the leg spinner started to change the field according to his own wish and was taking a lot of time. Hence, Dhoni got a bit angry and asked Kuldeep whether he will bowl or should the bowler be changed.

India were hosting Australia for a test series and the Australians were batting. Ravindra Jadeja was bowling an over when Dhoni said – Taarak Mehta daalta reh! Actually “Taarak Mehta ka ooltah chashma” is a popular Indian TV serial. Hence, Dhoni wanted Jadeja to bowl the other one or the Doosra delivery to the Aussie batsmen.

Chennai Super Kings was playing against Royal Challengers Bangalore in the IPL. When Bangalore’s batsman Harshal Patel came to bat, Dhoni said to his bowler Ravi Jadeja – Hindi me nahi bol sakta. Tu wahi karta reh. Here, the wicket keeper meant that now he can’t speak in hindi and you must keep doing what u need to do. This was said because Harshal could understand hindi unlike other overseas player.

India was playing against England at home. After a point of time, Dhoni asked Virat Kohli to come and bowl his dibbly dobblers. Moreover, Kohli got the important wicket of Kevin Peitersen. Hence, he got excited by this and started to bowl with a few variations to the new batsman. Consequently, he delivered one down the leg side as the ball went for a leg bye. Needless to say, Dhoni was not impressed with this and said to Kohli – Jitna kaha hai utna kar. Bowler mat ban. ( Do what you are asked to do. Don’t try to become a specialist bowler)