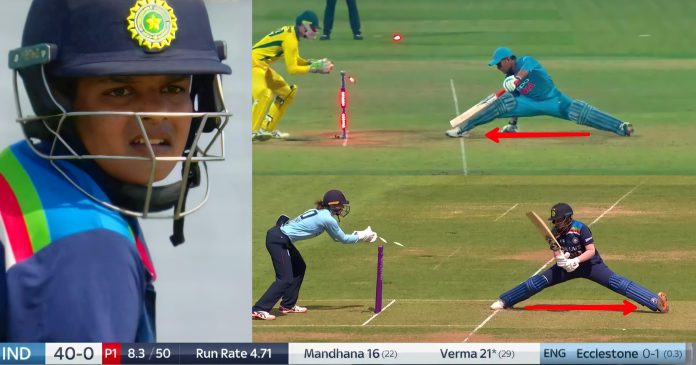 The India Women and England Women are up against each other in a 3 ODI series. In the first match, England Women won easily in a one sided game by 8 wickets. Chasing a modest target of 202, the Englishwomen knocked down the target by losing just 2 wickets and took a 1-0 lead in the series.

Today, both the teams are playing the second ODI ( Day- Night) in Taunton. England Women captain Heather Knight won the toss and elected to field first. Consequently, the Indian openers Smriti Mandhana and Shefali Verma came out to to open the innings. The duo added 56 runs in a display of some classical batting. 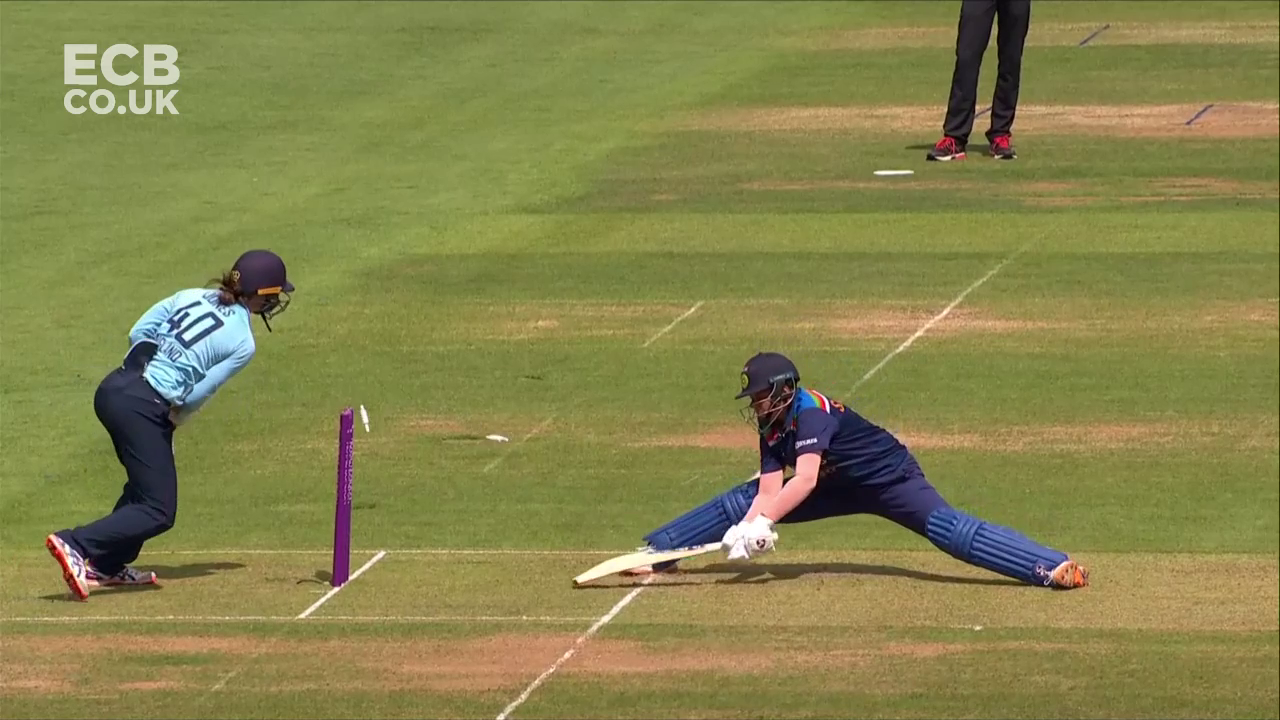 It was Smriti Mandhana who hit the fist four of the Indian innings. On the last ball of the first over of Katherine Brunt, she pulled a short delivery through leg side. On the other end, Shefali Verma looked to be aggressive right from the start. She smashed successive boundaries on the last two balls of the third over of Brunt in the third over. While the first one was hit over third man, the second four was pulled to leg side for a four.

Together they looked set at the crease and had started to become dangerous when England struck. It was Kate Cross who clean bowled Smriti Mandhana at the score of 22 runs. The number 3 Jemimah Rodrigues could not trouble the scorers by much as she made just 8 runs.

However, the moment of the innings arrived in the next over. Shefali Verma did something which reminded fans of Indian legend MS Dhoni. The spinner Sophie Ecclestone was bowling to Verma as the latter wanted to smash her for a six. Hence, on the third ball she came down the track and tried to hoick the spinner in the air for a maximum.

It was a flighted delivery and Verma was beaten all ends up. She was left stranded down the wicket as the ball went past her straight into the hands of wicket keeper Jones. Then, in a moment of desperation to reach the crease before the wicket keeper breaks the stumps, she dragged her legs towards crease.

That act was an exact replica of what MS Dhoni used to do while trying to reach the crease. Rather than pushing whole body towards the crease, he would just drag the legs back to his fullest stretch. This is the same thing which Verma tried to do. However, she could not reach in time as the wicket keeper Jones broke the stumps and caught her short of the crease.

IPL 2020: Suresh Raina Backs MS Dhoni To Bat At Vacant No.3 for CSK

Watch MS ‘Thala’ Dhoni gets out for a zero in first match. Leaves fans...