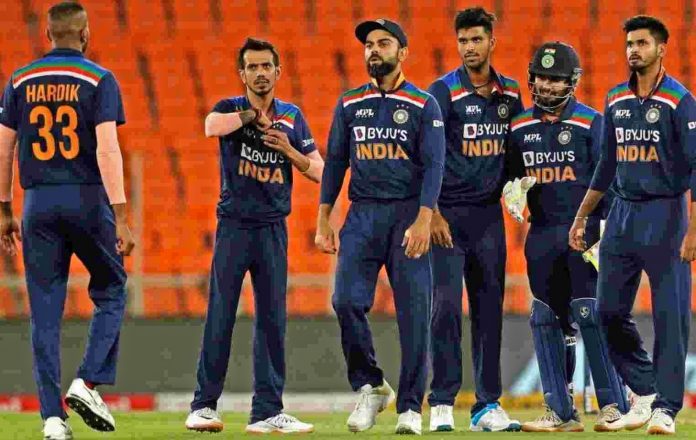 The Indian team is in England waiting for the test series of 5 matches to begin. After India lost the final of the World Test Championship to New Zealand, fans are waiting for next assignments of the Indian team. Moreover, Team India would also be looking forward to take on England so that they can give cheerful moments to their fans by winning the series.

As one Indian team waits to clash with England, another Indian team will take on Sri Lanka in Sri Lanka. This other team will be led by Shikhar Dhawan and contains mostly young players as well as limited overs specialist cricketers. Hardik Pandya, Bhuvaneshwar Kumar and Yuzi Chahal will be a part of this team. India will play a total of 6 matches on this tour. It is divided into 2 series of 3 ODIs and 3 T20s each.

We all know that India will then face England in a 5 test series that starts from 4 August to mid September. Post this, the IPL will begin in UAE and once again the Indian players will be on the roads. Accordingly the Indian Premier League was postponed in early May after COVID broke through the bio bubble of the teams.

The rescheduled version of IPL will happen till mid October. Then, as soon as the IPL ends, the much awaited World T20 would begin in UAE. This tournament was originally scheduled to be hosted by India. However, due to danger of COVID in India, the BCCI decided to shift the marquee competition to UAE. 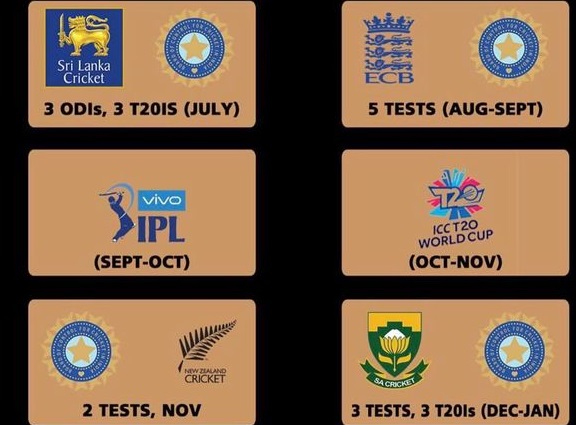 10 tests for India this year!

After the World T20 ends, India will travel home. Then, India will host the current World Test Champions for a series of two test matches. Here, the Indian team will have a chance to take revenge of the defeat in the finals of the Test Championship from New Zealand.

With a lot of cricket to be played, fans can expect some cracker of a contests all year around.