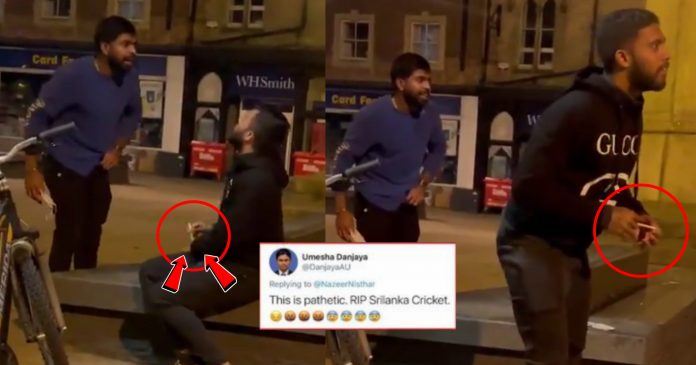 In a massive controversy for Sri Lanka cricket, their three star players were found breaking the COVID restrictions. The three cricketers involved in this are none other than wicket keeper Niroshan Dickwella, all rounder Danushka Gunathilaka and middle order batsman Kusal Mendis. Moreover, the latter is also the vice captain of Sri Lanka. Hence, the Sri Lankan cricket board has decided to suspend the trio from the team. Consequently, they were called back from the English tour at the earliest.

The incident happened when a video went viral on social media. In the video, both Kusal Mendis and Niroshan Dickwella were seen roaming around the streets of Durham city at night. Since the onset of COVID, international teams live in bio-bubble during cricket tours. Hence, each of the player from a team is expected to follow the guidelines of the restrictions of the bio bubble. It includes not going outside a set area which is covered under bio bubble.

Mendis – Dickwella to remain under Quarantine!

As soon as the video came out, the alarm bells in the Sri Lankan team rang. After it was confirmed that the duo in the video were Dickwella and Mendis, the Lankan board called them back to Sri Lanka to avoid further embarrassment. Gunathilaka was not seen in the video, but it was found out that he was also a part of the trio with Mendis and Niroshan.

Sri Lanka is also scheduled to play 3 ODIs vs England before they return home. Then, the Islanders will play against India in a home series that consists of 3 ODIs and 3 T20s.

This is not the first time that cricket players have been found breaching the protocols of bio bubble. A couple of players from Pakistan did something similar during the Pakistan Super League when it was held in Pakistan earlier in April. Hence, COVID penetrated the bio bubble of other teams through these players which led to large scale positive cases. Consequently, it led to the postponement of the league in April and was completed a few days ago in Dubai.

Watch Shocking Bowling of Rahul Chahar Who takes 4 wicket in close victory vs...