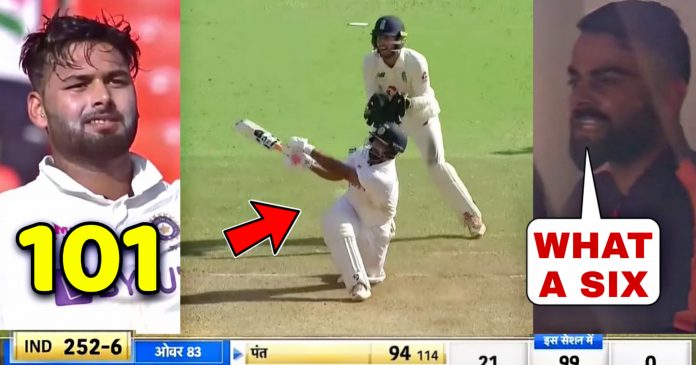 Whenever Rishabh Pant steps on the field these days, he seems to create a bit of flutter. Be it his keeping or his aggressive keeping, Pant does it all in style. He has the ability to entertain fans and spectators alike. No wonder, the camera keeps on following him.

On the second day of the test, Pant smashed his third century. His innings took India to a position of strength. At one stage, India looked to be conceding a lead but Pant by his ferocious knock made sure none of that happened.

Pant’s third test century came off just 115 balls. In his true style, the swash bucking batsmen mowed part time off spinner Joe Root over deep midwicket for a six to bring his 100 in style.

One more feather in the flock of Rishabh Pant was added when he hit a six off Joe Root in the first innings. Moreover, this was Pant’s 9th six of the series. With this six, he became the highest six hitter of the series. 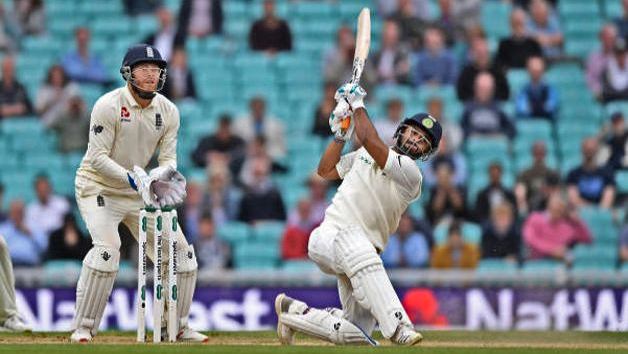 Pant is on fire

Pant’s batting in the last 3 months has gone upwards since the Australian tour of India. There, Pant had played a match winning innings of 89* as India chased a record 329 at the Gabba as India won the series 2-1.

Naturally, fans had their expectations high regarding Pant and he didn’t disappoint. Performance wise, Pant had been India’s second highest run scorer for India in this series. He is next only to Rohit Sharma and ahead of more experienced players like Kohli, Rahane and Pujara.

However, Pant is different from others in the sense that he scores his runs rather quickly and at brisk pace. The way he comes down the track to the spinners and bashes them is a sight to behold for many of his fans.

Safe to say that all of Pant’s fans want the same kind of batting from him. And going by his batting approach, one might suspect there will more increase in his number of fans and number of sixes.

Watch : Probable 11 for India in the practice match against County 11 in...