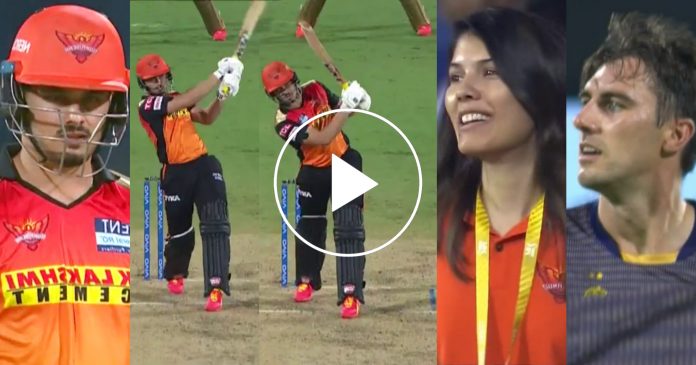 Kolkata Knight Riders beat Sunrisers Hyderabad in a closely contested match by 10 runs. Chasing a target of 188, Sunrisers could only manage 177-5 in their allotted 20 overs. They failed to reach the target due to their own short comings and faults in planning. Despite not losing too many wickets, they could not win the match.

The match was in the balance when Jonny Bairstow and Manish Pandey were batting together. They had formed a partnership and were looking threatening with each passing delivery. However, that is when Bairstow was dismissed by Pat Cummins in a brilliant captaincy move by Eoin Morgan.

After bowling three consecutive dot balls to Bairstow, he delivered the killer blow. Bairstow tried to made room on the last ball with the required run rate mounting well above. That is the mistake Kolkata were looking for. Bairstow hit one straight to the pint region where the fielder completed the catch without any problems.

This wicket put Kolkata as favorites with not too much experience remaining in Hyderabad batting line up. Mohammad Nabi was sent at number five. But he could not hit the ball well enough and struggled for any kind of fluency as the asking rate kept on rising. Eventually he was dismissed trying to hit a release shot.

The next man Vijay Shankar too failed to time his shots. He managed 11 runs in 7 balls and was out caught while trying to hit a six. Then, with the match virtually slipping away, Abdul Samad marked his entry to the crease. At that time, Hyderabad required 38 runs in just 12 balls.

Kolkata best bowler Pat Cummins came to bowl the 19th over. It was a battle between David vs Goliath. Cummins is the worlds best test bowler and Samad is an uncapped player who has hardly played the likes of international quality bowler. However, what happened in the next few balls was more than enough for the entire world to sit back and notice.

Samad launched the first ball of his IPL season over mid wicket for a six with a ferocious hit. A double followed on the next ball. The next ball, Samad showed that his first six was no flash in the pan. He again hit a length delivery over the bowlers head for a six that shook even Pat Cummins. The bowler to his credit kept his composure and only a single was conceded the next ball.

The over cost 16 runs and so in the last over, 22 runs were required. In the end, Andre Russel kept his cool as he made sure the ball remains away from the hitting region of Samad. Hyderabad fell short by 10 runs.