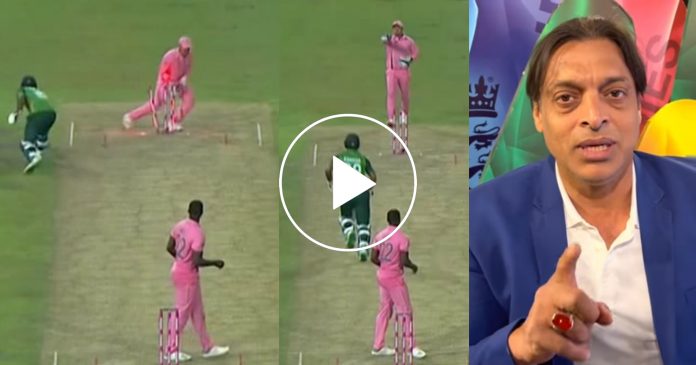 The second ODI between Pakistan and South Africa was played at the Wanderers stadium, Johannesburg. South Africa won the match by 17 runs in match. This victory by South Africa meant that they are now level in the three match ODI series by 1-1. In the first match, Pakistan had won when they chased down 275 on the last ball of the game by 3 wickets.

In the second ODI, Pakistan won the toss and elected to field first. The decision did not go correct for the team as South Africa made 341-6 in the allotted 50 overs. The captain Temba Bavuma made a fine 92 well supported by Quinton De Kock who scored 80.

But it was the quick half centuries of Russie Van Der Dussen and David Miller which propelled Proteas to reach a high score. While Dussen hammered 60 in 37 balls, Miller smashed 50 in 27 balls.

In reply, Pakistan’s wickets kept falling at regular intervals. Apart from the opener Fakhar Zaman no one could stay at the crease for long. However, Zaman played the innings of once in a lifetime. He produced a majestic and valiant innings of 193 runs in 155 balls. That included 18 fours and 10 sixes. He kept Pakistan remain in contention of chasing the  target single handedly.

In the last over of the game, Pakistan required 31 runs to win the game which was improbable but not precisely impossible. With a set Fakhar Zaman firing with the bat, anything was still possible. However, in one act of cunningness, De Kock killed the game as his action made sure Zaman is run out on 193.

Zaman missed out narrowly on his second double century in ODI as also his dismissal vanished Pakistan’s hopes of reaching the target. A second double century would have put Zaman in an elite company of batters with multiple 200’s in ODIs. Only Rohit Sharma is part of this group with three such scores of over 200 or more.

After Zaman was run out, Pakistan players and ex players expressed their disappointment in every way possible. Leading the way was fiery ex pace man and the fastest bowler the game of cricket has seen, Shoaib Akhtar. He tweeted and then made a video questioning the intent and said that due to his actions, the spirit of the game was hurt.

The ex quick bowler did not shy away from criticizing De Kock. He said that the act of Proteas wicket keeper wasn’t cheating but against the spirits of the game and he being such a good player should not have done it deliberately. Furthermore, he added that match referee should have come in action and penalized South Africa for this act of deception.

Watch the video of Shoaib here:

Watch : Bumrah special as he takes a five wicket haul against England. Wins...