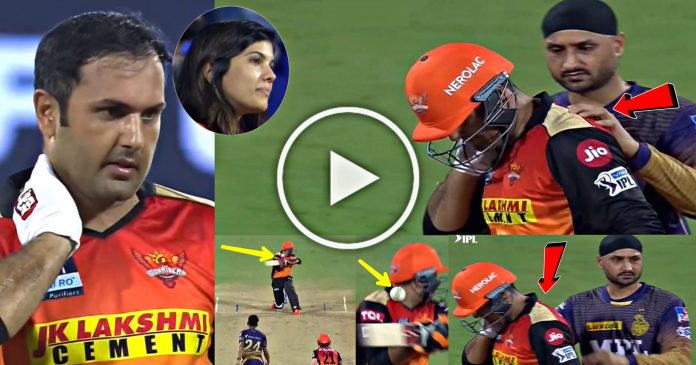 Kolkata Knight Riders prevailed over, Sunrisers Hyderabad in the third game of the, IPL season 2021 by 10 runs. It was a match, which saw exciting cameos from both sides. While Karthik made a quick 22, to set Kolkata up for 187, Abdul Samad hit two stunning sixes, to world’s no 1 pace bowler Pat Cummins to liven up the match.

In the end, Kolkata found a way to win the game, as Hyderabad were left to rue their decision of sending Mohammad Nabi and Vijay Shankar, above Abdul Samad. Chasing 188, Hyderabad had a poor start. Their batting lynchpin and skipper, David Warner was out in the second over to pacer P Krishna.

His opening partner Wriddhiman Saha too, got dismissed in the next over to spinner Shakib Al Hasan. Both were out to single digit scores leaving, Hyderabad in trouble. Jonny Bairstow and Manish Pandey then formed, a valuable partnership of 92 in 65 balls to put Hyderabad back on track and, get them back into the game.

However, just when things started to look good for Hyderabad, Bairstow was dismissed. His dismissal was just the moment, Kolkata needed as they tighten the screws on Hyderabad. Partly due to the result of some good bowling and, ordinary batting, the asking rate started to climb up. In the last 5 overs, Hyderabad required 69 runs with, 7 wickets in hand.

Nabi gets hit and replies with a four next ball!

The 16th over was bowled by P Krishna. The first three balls brought, 7 runs to Sunrisers. On the fourth ball of the over, the pacer bowled a quick short one to Nabi. He clearly got beaten, by the pace of the ball. The batter tried to pull it, but the ball missed his attempted shot and rammed straight, into his neck as he was looking at fine leg, while trying the shot.

It was a painful blow to his neck, and immediately he removed his helmet. However, the best moment was when Harbhajan Singh, came running from point region and quickly asked him, about his condition and helped him remove his helmet. It was a beautiful thing by, the veteran Indian off spinner. Nabi too nodded that he was fine, and nothing is serious.

But on the next ball, Nabi too got his revenge, when he hit Krishna over extra covers for a boundary via, a powerful shot. He might have got hit, but that did not deter the spirit of the, Afghan all rounder. It was fun to watch.