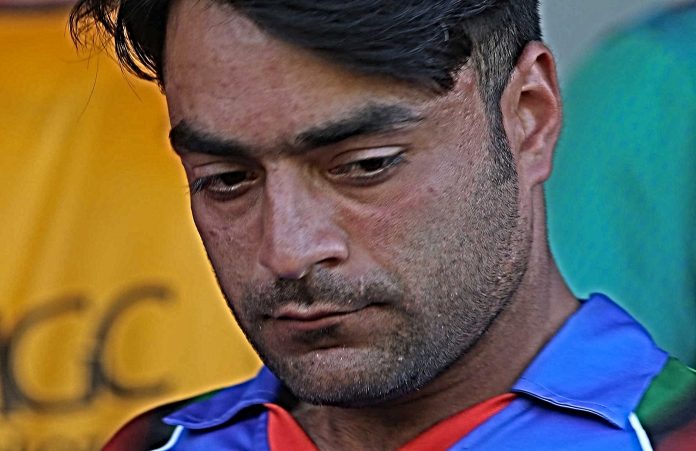 Rashid Khan is the first global superstar from Afghanistan. The leg spinner has wrecked havoc on the opposition batsmen, no matter whichever team he plays for. Coming from a country which always seems to be in political turmoil, the 23 year old Rashid had achieved a lot in his career.

Making a debut for his country almost 5 years ago, Rashid’s stature as a top quality spinner has grown in leaps and bounds. He is a hot property for virtually every team he bowls. From the IPL to CPL, from Big Bash to PSL Rashid’s wizardry is something that teams are often wary of. Besides he is a genuine match winner for Afghanistan. This is visible from the fact that the leg spinner is the quickest bowler ever to take 100 wickets in ODI.

Bright start to his career!

He got to the milestone in an astonishing 44 matches. Accordingly he smashed the previous record of 53 matches set by former Pakistani great off spinner Saqlain Mushtaq. Furthermore in 2018, he became the youngest ever player to be ranked number 1 in any ICC chart.

Being a globetrotter, Rashid Khan travels across every cricket playing nation. No any cricket league can be considered complete if the right hander isn’t a part of it. This is the reason he is loved by cricket fans across the world. However great success comes with a lot of sacrifice. Khan’s case is no different.

Gets emotional about family

Recently Rashid was talking to Guardian.co.uk and was asked if he has any regrets in a career of 5 years and 275 odd international wickets. In reply of the question, the leg spinner became a bit emotional as he remembered his family members. He said :

“In the last five years I’ve spent about 25 days at home. Didn’t have that opportunity to celebrate my achievement with the family because I was just so busy. I forgot my achievements and that hurts sometimes. I don’t get enough time to be with the family but at the same time it is the start of my career so I have to struggle”.

“As a player it makes you super sad. It hurts a lot, but at the same time we are just trying our best to do something special in the field to make people at home a bit happy”.

Also he was asked if he someday he would like to play at home since Afghanistan doesn’t host any international matches due to political turbulence. To which the leggie replied :

“Wherever I go I see international players playing at home in front of their crowds, getting the support, getting all the love; we so much want the same in our country. Our people, they love cricket, they love sport and the moment we have a series back home it will be massive. There will be no single spot to sit. When people saw what Afghanistan achieved, youngsters’ dreams started. Cricket is everywhere, everyone loves cricket, every street you go you’ll see cricket, that is something that satisfies a lot”.