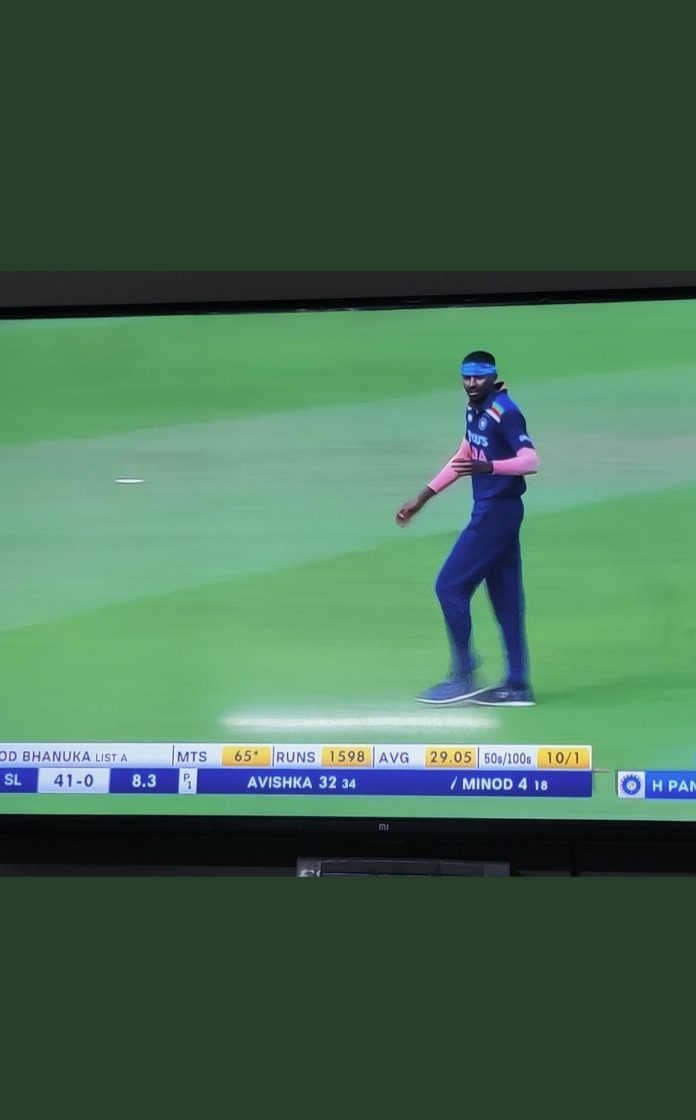 Hardik Pandya is one of the star players of Indian team. A genuine all rounder, Pandya can turn around the match in any department. He can hit sixes at will, can pick important wickets with his bowling and also can light up the ground with his electric fielding.

In recent times, Pandya’s utility in the team has come under immense scrutiny. Interestingly it is not for his performance but due to his fitness issues. Pandya started off as someone who could bowl at 140 kms but a back injury which he sustained during Asia Cup 2018 hindered his bowling.

Still as a batsman, Pandya has proved more than useful with his breathtaking strokes and fluent shots. With much of fitness issues sorted out, it is expected that Pandya will bowl a lot on this tour.

However in the match, the Gujarat born player came up in an interesting attire. Along with the Indian team uniform, Pandya was wearing a blue colored headband which looked rather funny.

No wonder his look was spotted by Indian fans who took it on social media. Soon the internet was flooded with Pandya memes where he was compared with Bollywood actors to past cricketing players.

One user said that he is looking like Dennis Lillee. He was a legendary fast bowler from Australia who wrecked havoc on the opposition batsmen with his searing pace. Another social media enthusiast compared him with Ashok Dinda, the former India player who had an unsuccessful international career.

Also a couple of users put his pictures with Bollywood characters of Aamir Khan and Sunny Deol. Both the characters wore a headband during the entire movie.

It was a funny moment for everyone.

Some of the funny tweets are :

Why is Hardik Pandya dressed like Sunny Deol from the movie 'Jeet'? Would love to hear 'Yaara O Yaara' in the background. 😛#SLvIND #INDvSL pic.twitter.com/930stzQNru