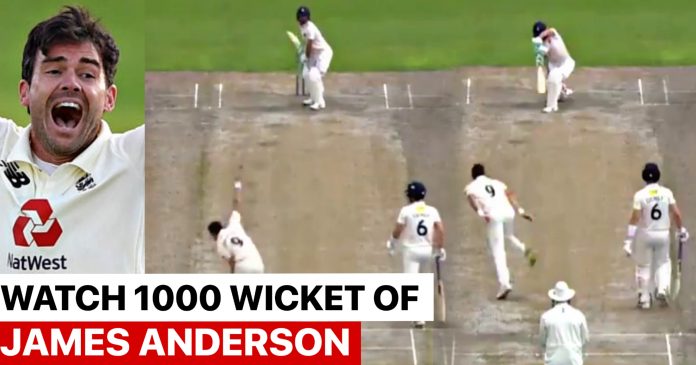 The English bowler James Anderson is widely regarded as one of the best ever seamer to have taken the cricket field. Born in 1982, Lancashire, Anderson made his test debut way back in 2003 vs Zimbabwe. His first over in test matches was quite an expensive one. The right handed seamer leaked 17 runs in his over. He went for a couple of boundaries and few wides in the over. After seeing this, little did anyone imagine that the bowler will become the most successful ever pacer in test matches.

Fast forward to 2021 from 2003, James Anderson has now more than 1000 wickets in first class cricket. In a brilliant career that is now into 19th year of international cricket, Anderson is all about longevity with grace and consistency. In fact, he has gotten better with age. The 39 year old is the only seamer to have taken more than 350 test wickets after the age of 30.

James Anderson has played a whopping 162 test matches for his nation. In that he has taken 617 wickets at an average of 26.6 and a strike rate of 56.3. Moreover he has picked up a fifer 30 times in test career and a 10 fer in the match thrice. His best performance in the innings is 7/42 and 11/71 is his best display in the test match.

While playing for Lancashire which is his home county team, he has made 339 batsmen as his victim. It was playing for the same county team that he registered his 1000th first class wicket. The wicket was Kent’s middle order batsman Heino Kuhn who edged one to slips as Anderson etched his name in history and celebrated the moment.

He became the 216th man to achieve this feat and the first bowler who debuted in 21st century. Anderson did not stop here and wrecked havoc on Kent batting line up. The 39 year old had his best first class figures later in the innings as he finished with 7 wickets for 19 runs. Consequently Kent was bowled out for 74 runs.

At the end of day’s play, Anderson was asked about how does he feel to have taken more than 1000 FC wickets. To which the veteran seamer replied :

“To get 1000 wickets is becoming harder with the amount of cricket that is played across the world. It is getting less and less likely that it will happen again. I could potentially be the last person to do it which just adds to the feeling of it being very, very special.”

Watch the moment when Anderson achieved the record.

All the seven wickets from Jimmy Anderson's record-breaking day 🔥pic.twitter.com/VHAwSqpOtG